Update: We have received this photo from kdi reader and this is the real chasis of Proton MPV viewed during Proton Tech Week

Confirmed! Proton will soon produce their Proton Mpv. They had revealed their mpv at the Proton Technology Week Open Day. But they only showed the chassis of the proton mpv and also the interior of the mpv.

If you’ve read our article before this about the coming proton MPV 2009 at http://kereta.info/penuh-kontroversi-proton-mpv-baru-realiti-atau-khabar-angin , you’ll about to know the reality and the truth about the Proton MPV here.

The chassis of the MPV is laid in a corner of the hall where the interior of the mpv is inside a cubicle where we have to peek into a tiny peeking-hole.We’ve tried to take some photo of the chassis and the interior but Photography was prohibited in the hall. But the chassis is REALLY the same as what already leaked in the TV3’s buletin utama.

Basically, the mitos of another mpv shape that going to be the proton MPV now become clearer. IT IS ACTUALLY BASE ON THE CHERY MPV! Yes. If you take a look at the chassis at the proton technology week last saturday and sunday, you will see the same shape and size. But this time, proton will modify it to be in their own exterior and interior design based on that chery v5. As you see in the picture from tv3 bulletin utama below

The conclusion is : YES! The picture leaked from Bulletin Utama TV3 above is the real Proton MPV!

Another thing confirmed is the new mpv wont be the same as the Lotus APX as the design is actually another concept car from Proton named Proton MSX which is actually the LOTUS APX itself.

The proton MSX is a 7 seater SUV concept car powered by a 3.0 liter V6 engine.

As Proton said,the purpose of the PROTON MSX is to produce a high technology ‘Jekyll & Hyde’ dual image, high performance crossover.It is actually a technology showcase of aluminiun adaptable platform,ride & handling,engine power and crossover functions of suv and sports car.

The target user group of the PROTON MSX is for successful professionals with young-at-heart lifestyle.The typical usage of the mpv is for leisure and work.And to attract all the businessmen, corporate leaders or celebrities,they had emphasize on 6 different aspect of the car which is the style,the engine and performance,the technology behind it,the ride and handling,the quality and also the ride comfort. 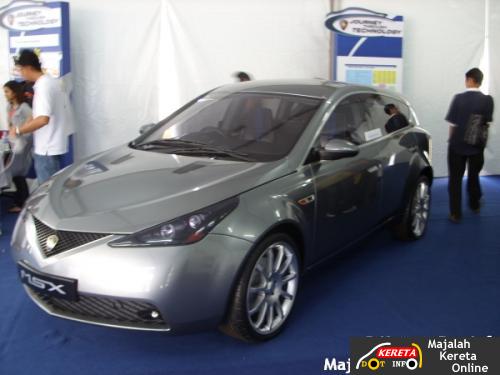 With only a Naturally Aspirated 3.0 V6 engine,They had manage to churned out a hefty 224KW of power and 360Nm of torque.With a 0-100 time of 5.9 seconds and a top speed of 250kmh, the proton already beaten up some of the top notch SUV such as the Porsche Cayenne S,BMW X6 35i and the Nissan Murano.

The Technical Specification Of the SUV

If you look into the interior, you will see that it is actually a 7 seater SUV even if you think that the SUV could not filled with 7 passenger from outside. Amazing? Its the concept model of Proton 7 seater SUV. So? No confuse after this. The Proton/Lotus MSX is different with Proton MPV.