A lot of accident topic that we posted this week.And today we will post about the Audi R8 crashed pictures specials for all of you.You can view again our previous topics by click the link below. 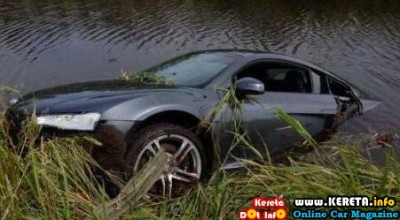 33 year old driver was on a test drive when he oversteered and ended up in this small creek. Witnesses said the car was going 210 km/h in a 90 km/h zone.This accident happened in Woerden, Netherlands. 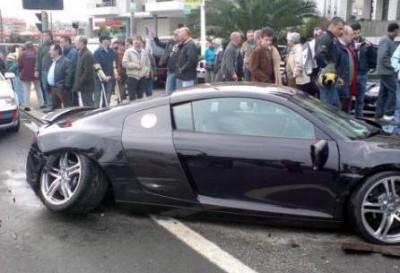 Here is yet another R8 which has crashed. This happened in an intersection that has 2 sets of traffic lights. The first one was red and the other one was becoming red. He tried to pass before the other cars started moving but he didn’t have enough time.

He tried to avoid hitting on oncoming cars but he lost control of the car and hit a sidewalk, making the car to fly in to air to the other side of the road hitting on two Mercedes Vans that were for sale on a car dealer. Good thing no one got hurt, just the car.This accident happened in the Oporto, Portugal. 27 years old driver aquaplaned in the rain and crashed into the guardrail very hard. Unfortunately, the driver was killed.This accident happened in Germany. 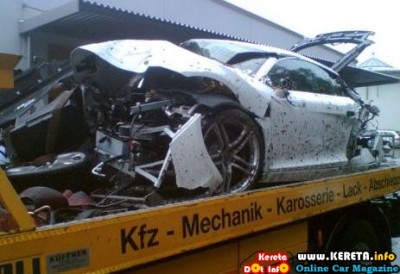 Spotted on the back of a tow truck. 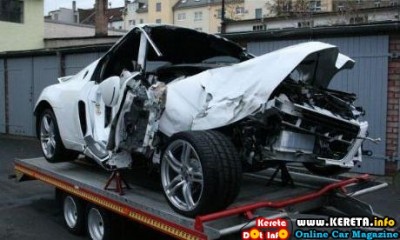 Destroyed on a German highway.