THE ALL NEW 2009 MAZDA 3:UNVEILED IN BOLOGNA MOTORSHOW 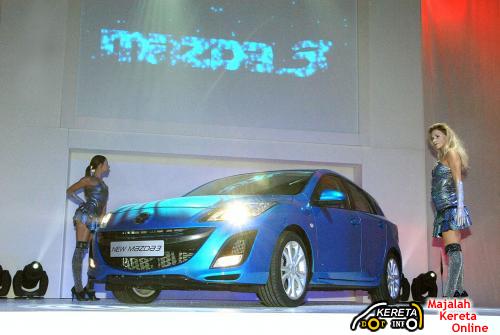 The new second generation of MAZDA 3 had been revealed at the Bologna Motor Show. Europe will get its first examples in spring 2009. Two type of mazda 3 will be produced which is the 4 door sedan and or a 5 door hatchback.

Buyer will get a sportier and more sophisticated interior. There will be a new multi information diplay unit,10 speaker BOSE sound system, and sport seats.And Bluetooth connectivity is installed for a much easier communication.

Few safety systems such as the ABS(antilock brake system), EBD(electronic brake distribution),TCS(traction control system will be installed to aid the driver in driving safely. Other option includes a bi-xenon headlights,parking sensors and tyre pressure monitoring system.Buyer will get a choice of alloy rims ranging from 15 to 17 inch

Hopefully the new mazda3 will hit our shore by next year and priced at a very competitive price to compete with other makes.