NO IMPORT AND EXCISE DUTIES FOR HYBRID CAR UNDER 2000CC

More and more promotion are being held up to encourage more people to buy a Hybrid car.As for our country, the government had decided to make a 2 year exemption for hybrid car under 2000cc.Read the full story from Bernama below.

NO TAX FOR HYBRID CAR UNDER 2000CC 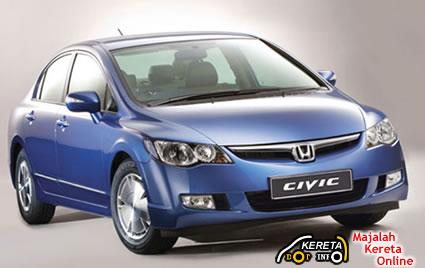 He said given the increasingly salient threat of global warning, a graded system of licence costs based on engine power could also encourage the use of smaller, more environmental and fuel efficient cars besides discouraging the use of unnecessarily large, high fuel consumption cars.

“I have no doubt the government is also considering the merits of other ways to improve the situation, especially as widespread use of hybrid or electric vehicles is still some years away,” said Ang, who is also the Sarawak St. John Ambulance chairman and commander when closing its annual first aid and nursing competition here.

He was happy to note that Proton, the nation’s car manufacturer, was developing a petrol-electric hybrid car and Honda Malaysia was reducing the price of its Civic hybrid.

A total of 24 teams from six schools and three Adult Divisions participated today.