Nasim Sdn Bhd ,the official distributor of Peugeot cars in aMalaysia had brought in the Peugeot 3008 in Malaysian market and they had target to sell 100-120 unit per month.Read the full news from Bernama below. 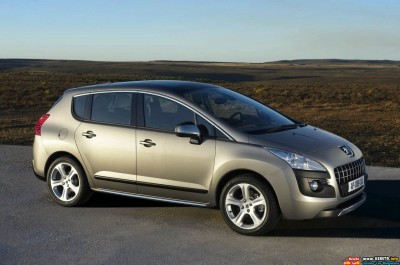 KUALA LUMPUR, –Chief Executive Officer (CEO) SM Nasarudin SM Nasimuddin said the 3008 will be targeted at both executives who want a sporty premium ride as well as families who want space, luxury and comfort.

He added that Nasim has already received a considerable amount of demand for the 3008 prior to Monday’s launching and has taken pre-launching bookings for more than 100 units.

Prior to 2008, Peugeot sales in Malaysia were about 772 units per annum.

The 3008 sports utility vehicle, with its style, performance, dynamics and luxury without compromising safety and fuel efficient, is expected to propel the Peugeot brand to higher level in Malaysia.

“We have even been given the distinction from Automobiles Peugeot of being the first country in Asean to launch the 3008,” he told reporters after launching the new Peugeot here Monday.

Today’s launch of the 3008 is in conjunction with Peugeot’s 200th anniversary.