The Infiniti FX 2011MY gains new convenience and safety features along with new color and trim combinations, while keeping the same engine range, which includes two petrol units and a diesel option. Infiniti has also added a new power tailgate to the standard equipment of all FX models.

It’s worth noting that the height the tailgate opens to is programmable to help avoid problems when operating the door in restricted spaces, while it can also raised or lowered from a switch on the dashboard, from buttons both inside and outside the tailgate, or remotely from the I-Key.

Perhaps the most important addition is that of the Lane Departure Prevention (LDP) system, which backs up its audible and visual warnings of an unintended lane departure with a dynamic intervention helping steer the vehicle back into the correct lane. Previously available only on the FX30d, the LDP now comes standard on the FX37 GT Premium and S Premium, and FX50 S Premium, as well as Premium versions of the FX30d. 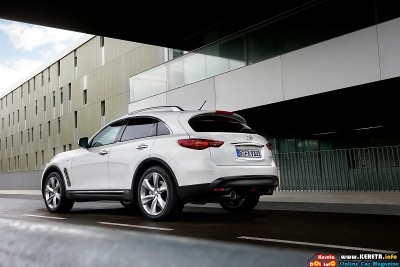 For the first time on the FX, Infiniti’s Malbec Black paint is one of the eight colors available. The finish, which replaces Mojave Copper on the FX color chart, features the brand’s Scratch-shield technology that promises to hide fine surface scratches.

The new Ford Focus with the ECOnetic moniker and a segment leading fuel efficiency will soon be added to Europe market. Available as a five-door hatchback or wagon, the Ford Focus ECOnetic is powered by an all-new version of the 1.6-liter Ford Duratorq TDCi diesel engine, which delivers 105 horsepower and has a new injection system, turbocharger, enhanced charge cooling and further friction reduction measures.

According to the company, the diesel-powered Focus ECONetic is expected to use less than 3.5 liters of fuel per 100 kilometers (equal to 80 mpg UK or 67.2 mpg US) and return ultra-low CO2 emissions of less than 95g/km when final certification is completed later this year.

The car will receive its world premiere at the Amsterdam Motor Show next week. And the new Ford Focus ECOnetic will be produced at the Saarlouis plant in Germany for the European market and will be introduced in early 2012. 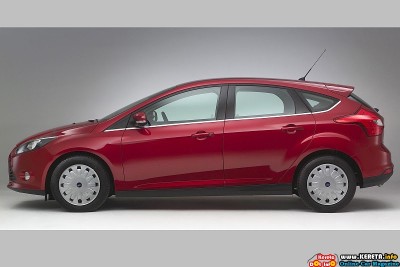 Performance, the diesel engine is mated to a six-speed Durashift manual transmission optimized to eliminate frictional losses and operating with a special low friction transmission oil. Fuel economy is further improved by the revised final drive ratio, which reduces engine speed when cruising in top gear.

Ford get aerodynamic upgrades focus on improving the airflow beneath the car but also at the front, where the Active Grille Shutter uses vents to control airflow through the grille to the cooling system and engine compartment. When no airflow is needed, the vents are shut, thereby reducing aerodynamic drag. When fully closed, the reduction in drag translates into 2 percent lower CO2 emissions.