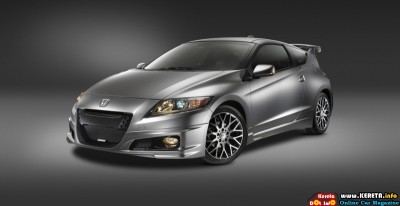 Honda confirmed Mugen Euro and Honda UK is readying a “highly-tuned” version of the CR-Z which will have Type R-like performance is faster and more powerful.

According to Honda Research and Development chief Tomohiko Kawanabe, the company is also working on a high-performance CR-Z for the mass market.

The introduction of the new Fit Shuttle in Japan was scheduled to take place this month, but the devastating earthquake and its aftermath in Japan have forced Honda to postpone the market launch of its.

Honda said it has not yet decided on a new release date and that the company will follow up with an announcement with more details soon.

In Japan, Honda Fit Shuttle will be offered with a similar engine lineup to the hatchback model including a conventional 1.5-liter four-cylinder gasoline engine and a hybrid variant featuring a 1.3-liter gasoline unit and a 10 KW electric motor. The car is approximately 510mm longer than the hatchback, which is also known as the Jazz in Europe and other international markets.