The ongoing battle for the title of ‘world’s fastest production car‘ has seen the SSC Ultimate Aero TT dethrone the Bugatti Veyron for outright top speed, but now a new contender has entered the ring. The Maxximus G-Force, brain-child of David B. McMahan, hasn’t made a top-speed run yet, but its early results show it may just take the title. 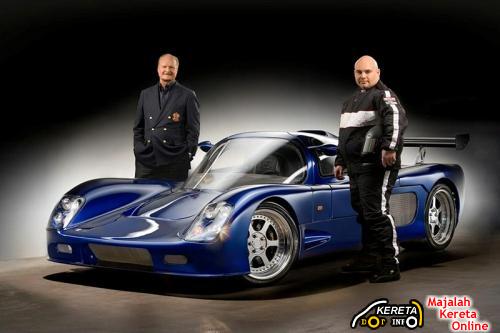 The Maxximus G-Force is the result of a chance conversation between a chauffeur and his passenger.The chauffeur, Marlon Kirby, was a hot-rodder and car builder with a shop behind his house in Indianapolis. The passenger, philanthropist David McMahan. McMahan was intrigued by Kirby’s dream of creating the ultimate road car. One thing led to another, and McMahan agreed to bankroll the creation of the G-Force

To truly win the title of fastest production car, the Maxximus will have to reach a top speed of257 mph. The current title is held by the SSC Ultimate Aero TT. The SSC Aero is powered by a 6.35-liter twin-turbo V8, taking the benefit of 1287 hp, 1112 ft-lb of torque, and a top speed of 256 mph. Despite the recorded top speed, the Aero is geared to 272 mph.