The Volkswagen Golf MK6 had won the 2009 World Car Of The Year (WCOTY) award.The win was announced at the 2009 New York International Auto Show.The other two finalist of the WCOTY competition includes the Ford Fiesta and Toyota IQ. There are another three categories, Green, which is won by Honda FCX Clarity, Design which is won by Fiat 500 and Performance which is won by the R35 Nissan GTR. The WCOTY are judged by 59 jury of motoring journalists from 25 different countries around the world.

As a response the the anouncement of the award, Stefan Jacoby, President/CEO of Volkswagen of America, Inc. said: “It is a tremendous honour for Volkswagen to have its global best selling model, the Golf, named the 2009 World Car of the Year. This is a great way to kick-off the new Golf here in America. We’re excited for the arrival of the sixth generation Golf, which will be in Volkswagen showrooms later this year. Simply put, we believe this is the best Golf ever.”

The Volkswagen Golf MK6 was launched in 2008 which includes few variants from a petrol powered engine which produces from 80PS up to 211PS for the sporty golf GTI. There are turbodiesel version as well.Transmission in choice includes a  6-speed manual and a DSG ‘box.Recently, the car was awarded with five star rating suring the EuroNCAP crash tests.

Other than petrol and diesel variants, theres a speculation of a Golf Hybrid being developed under the codename Leonardo.The hybrid will use a 1.2 liter petrol engine combined with an electric motor at the rear wheels. 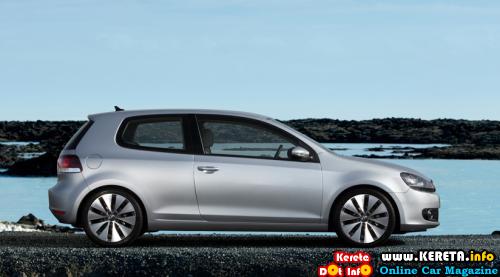 Other features worth mentioning in the Volkswagen Golf is the Adaptive damping which provides the driver with the choice of three different levels of stiffness while altering the steering and throttle response. Swivelling xenon headlamps, intelligent cruise control and an automatic parking system will also be available.

Reports suggest that VW will soon surpass General Motors as the second biggest automaker in the world after Toyota Motor Corporation. The introduction of the Golf to the US market should bolster these plans further. VW will start selling the car Stateside this coming fall. It will be available with both petrol and TDI engines.