TRANSFORMERS 3 : FERRARI 458 ITALIA WILL BE THE NEW AUTOBOTS 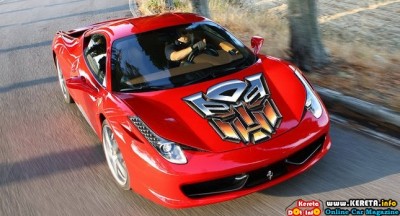 Good news for the Transformers fans!.The Transformers 3 is currently under production and will premiere on 1 July 2011.Now I have found a way to annihilate the last neuron that stayed alive after seeing Transformers 2 and there’s also a new reason to get excited. 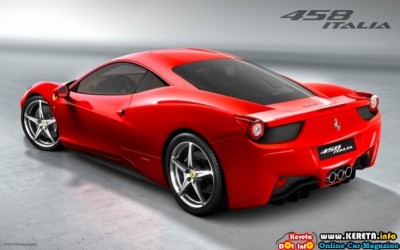 Read the words from Michael Bay below.

Hey, it’s been a long time since I’ve posted. Just been a little busy.

Transformers 3 has been going very well. We are going to shoot in LA, Chicago, Washington DC, Florida, Texas, Africa, Moscow, and China. On the talent front, we just locked in Frances McDormand and John Malkovich. Both amazing actors I’ve always wanted to work with. We also just got Ken Jeong, he is the super funny actor stuck in the trunk from “Hangover” and the Doctor from “Knocked Up.”

We start shooting pre-shoots in about one month.

I also was at a Ferrari charity event this week raising money for a hospital being built by Ferrari in Haiti. I announced that night the newest Autobot to join Transformers: the Ferrari 458 Italia.

I also want to thank everyone on this site that donated to the Make -A-Wish charity. We raised $20,000 which I will personally be matching. This is a great charity where they make wishes come true for kids who are very ill. We have had many Kids from Make-A-Wish visit us on our Transformers sets and this time we will be posting video of their visits on Transformers 3.