TOYOTA SUPRA HYBRID REPLACEMENT MODEL TO BE LAUNCH IN 2010 Toyota Supra is one of the best car to be tuned. The 3.0 liter 2jz engine is can handle more than 1000 horsepower with not much problem. The sleek sporty looks of the Toyota Supra made it one of the favorable Japanese sports car. But sadly, the production of Supra had stop in 2003.And since than i dont think Toyota had a proper sports car to compete with the Nissan Skyline GTR and Mazda RX7 or Rx8.

As the years past, there is no news on the updated or the replacement model of the Supra until the Toyota unveiled the FT-HS Concept at the North American International Auto Show in 2007.Two and a half years later, fans are still waiting. However, the wait may soon be over as reports are indicating Toyota is preparing to launch a Supra revival in 2011.

There is not much details available but from few different sources, we can say that the Supra will be a rear-wheel drive sports car with a 3.5-liter V6 and the Lexus GS450h’s 2GR-VSE 3.5-liter V6 which will be paired with the Toyota’s Crown hybrid system.Yes, a Supra Hybrid. The current 3.5-liter V6 only produces 268 hp and 248 lb-ft or torque but with the combination of Crown’s hybrid system, the engine will be able to produce more than 400HP.

We really cant say much about the car yet but most probably we can see more details of the Supra replacement model at this year Tokyo Motor Show but still, the production model isn’t expected to be unveiled until next year. 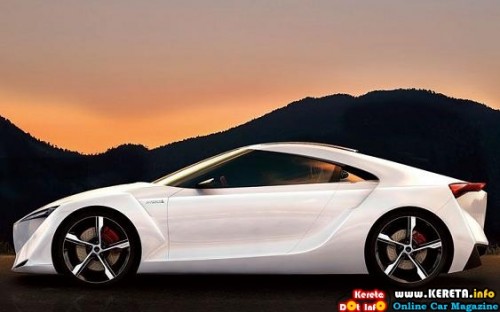 By that time, just enjoy these rendering of the FT-HS concept, the possible replacement model from the Toyota Supra.