Despite being a new car on the market, Toyota had decided to upgrade the Toyota IQ engine.Beginning from July, Toyota’s iQ premium minicar will be offered in Europe with a new 100HP 1.33-liter Dual VVT-i 4-cylinder gasoline engine. Featuring a Stop & Start system as standard, the new engine will give the miniscule four-seater a combined cycle fuel consumption of 4.8lt / 100 km (49.0mpg US) and CO2 emissions of 113g/km, using the standard six-speed manual transmission.

Buyers can also opt for Toyota’s Multidrive semi-automatic transmission. In this case, the iQ 1.33 returns a combined cycle fuel consumption of 5.1lt / 100km or 46.1mpg US with CO2 emissions of 120g/km. 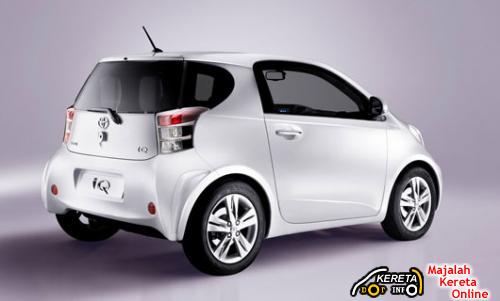 More info on the Toyota IQ

The 2010 Toyota iQ uses a new, dedicated architecture and differs from the Smart in many ways despite a similar phone-booth silhouette and wheels way out at the corners. Where the German-brand mini drives its rear wheels with a small engine mounted in back, the iQ has an up-front engine and front-wheel drive. The Toyota is also larger than the Smart, standing some 10 inches longer, nearly five inches wider, and 2.4 inches lower on a 4.7-inch-longer wheelbase. These larger dimensions combine with several packaging innovations to make the iQ a nominal four-passenger runabout versus the two-seat Smart. Toyota says the interior furnishes “3+1” accommodation, with room for one adult behind the front passenger and a second rear seat that can carry a small child or be folded up for cargo.

With an overall score of 79 percent, the Toyota iQ got the 5 stars that mark it as one of the safest vehicles European roads. The car could’ve had a better score, but pedestrian protection was rated a poor 54 percent. However, the iQ scored top marks in driver’s seat protection, partly thanks to its 9 standard airbags distributed around the car. The iQ also includes ABS, Electronic Brake Distribution, Vehicle Stability Control and Traction Control. You can’t compare the iQ’s rest results against its main competitor, the Smart Fortwo, because Euro NCAP now uses a different ratings calculation, but the fortwo got 4 stars back in 2007. 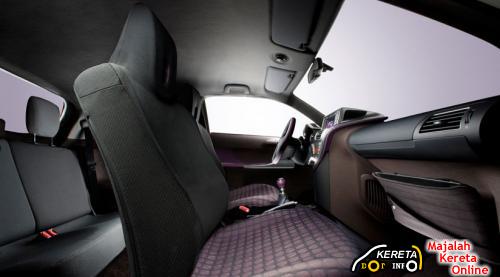 * The differential has been moved to the front side of the engine, which is itself canted forward. This has the effect of moving the wheels forward and with them the driver’s feet by nearly 5 in.

* A new steering rack is mounted high on the firewall. To accommodate this, an all-new wiper motor and mechanism had to be built.

* The fuel tank is a flat, book-thin reservoir under the rear passengers’ feet.

* The climate-control unit has been made more compact (though not de-powered) and its blower moved from ahead of the passenger to above the unit. This allowed an asymmetric dash to be created, which lets the front passenger slide forward and donate more space to the one behind.

* Repositioning the engine ancillaries around the suspension allows a turning radius of just 154 in.