Škoda As The Official Vehicle Partner Of The Beijing Olympics 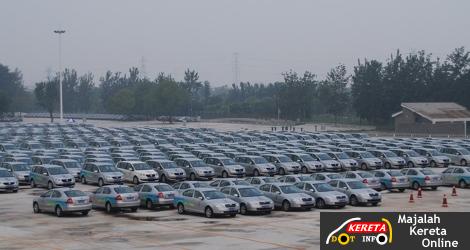 Škoda is the official vehicle partner of the Beijing Olympics and the Beijing Paralympics as part of Volkswagen Group’s involvement in the Games. A total of 650 Chinese versions of the Octavia – known as the Octavia Mingrui – are being used by the Beijing Organising Committee for transfers of sportsmen, guests and support staff.
Visitors to the Olympics can also learn more about the brand’s history, racing heritage and the Mingrui model manufactured in Shanghai in the “Olympic Show Case” pavilion organised by Volkswagen Group.

The cars recently supported the road race event, a discipline associated with Škoda through its sponsorship of the Tour de France, now in its fifth year. Seven cycling teams relied on Škodas in this year’s Tour and the manufacturer also sponsors the White Jersey.

China plays a crucial part in Škoda’s future development due to the country’s rapidly growing middle class. Since entering the Chinese in June 2007, Škoda has sold nearly 32,000 vehicles and grown its retailer network to over 100 outlets.