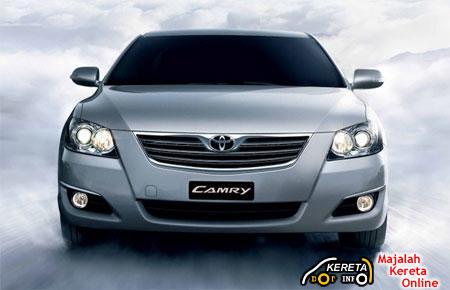 The Perak government Friday approved the purchase of 16 Toyota Camry 2.4 cars for official use by its state executive councillors and senior officers to replace its fleet of Proton Perdana V6 said to have worn out.

Menteri Besar Datuk Seri Mohammad Nizar Jamaluddin said the decision was made because the repair and maintenance costs of the Proton Perdana cars currently in use were high as the cars were old and had frequent breakdowns.

Speaking to reporters after chairing the state executive council (exco) meeting here, he said the purchase of the new cars costing over RM2 million would be made soonest possible and the Proton Perdana cars then sold off.

The Perak government had at the state assembly sitting on Nov 13, claimed that the previous Barisan Nasional government had spent about RM1.3 million to repair and maintain the official cars of the Menteri Besar and state exco members from 2004 to March 2008.

In another development, Mohammad Nizar said the issuance of permanent land titles to residents of new villages and planned villages was expected to be made before this Dec 25.

He said many applications for the land status had been received from residents.

The state government’s move to convert the 99-year leasehold of land to 999-year land ownership title became controversial as it was said to have violated the National Land Code.

The Menteri Besar also reiterated that the state government had issued a directive that all housing projects on hillslopes be stopped until confirmation from the Environmental Impact Assessment reports, Public Works Department and the Minerals and Geoscience Department that the projects were safe.