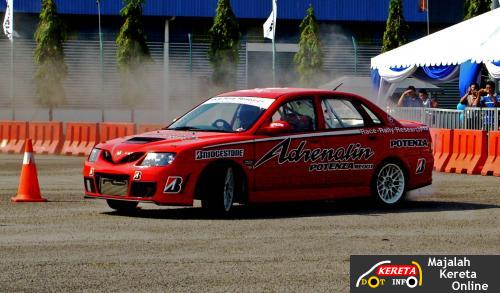 Yes,your car can go 200kmh but can you go 80kmh sideways?This is one of the famous

quote for drifter.Have you ever wondered how does it feel in a car which goes sideway more than it goes straight?Well,if you do,now is your opportunity.

At the Proton Factory open day,youll be given a chance to have a ride with our own Malaysian drift king, Tengku Djan.And the ride they offer is the R3 Proton Waja FR.

Tengku Djan and The Waja FR

What?Waja cant drift?Yes,the normal production proton waja is a front wheel drive car which mean in no way the car can drift.But not the Waja R3 FR. This car had already been converted to a rear wheel drive one which mean the rear wheel is turning to move the car.Thats why the waja fr can drift.Combined with a skillful driver such as Tengku Djan,the performance is breathtaking.

A bit of detail on Tengku Djan

He is is the head of Proton Motorsports and is also a Malaysian professional drifting driver who has taken part in the D1 Grand Prix racing series and others.He has won the 12 hour Merdeka Millennium Endurance race twice in 2005 and 2006.

A bit detail on the waja R3 FR

Eventhough it is a waja, it is not actually a Waja?Get what i mean?The car is actually a tubular frame chassis which wear the Proton Waja clothing aka body.It is powered with a Nissan SR20DET engine which can be found in most Nissan Silvia.The engine is mounted longitudinally to drive the rear wheel of the car. 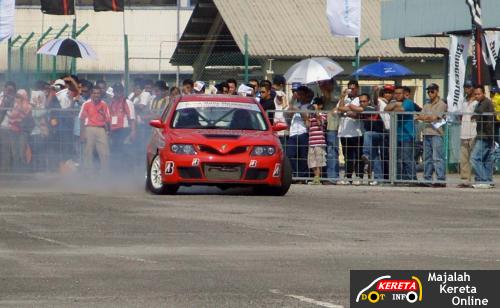