London decides to replace its classic cab with the new black cab with special features based from New Nissan NV200 as the new london taxi. Already unveiled as an official new cab for Tokyo and the exclusive New York City ‘Taxi of Tomorrow’, the new cab will pick up their first fares on London’s streets in Spring 2014.Currently there are only two alternatives for London’s 22,600 cab drivers, the traditional ‘LTI TX4 and the Mercedes Vito. The NV200 will generate 50% less CO2 than the best current taxi model (139g/km vs 209g/km) — in line with Mayor Boris Johnson’s Air Quality Strategy for London.

Even more importantly the harmful NOx (nitrogen oxide) and PM (particulate) gases will reduce significantly in line with TfL’s and GLA’s targets. NOx emissions will come down from 0.50g/km to 0.14g/km, important when 10% of Greater London’s NOx emissions come from black cabs, while PM emissions, which account for 20% of central London’s airborne pollution, will come down from 0.056g/km to 0.001g/km.The NV200 will also be 50% more fuel efficient than the best current alternative, its 1.5 litre engine achieving 53.3 mpg (miles per gallon) versus 35.3mpg. 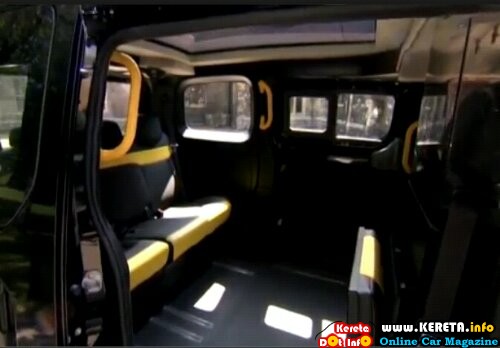 The average London cab travels 120 miles a day, so it will see cabbies save almost £700 a year.The NV200 will also be priced very competitively and significantly below the current equivalent, the London Taxi Company’s new TX4 model.It will comfortably seat five adults — three on a rear bench with two on rear-facing, fold-down seats. All will be able to admire the London skyline through the 1.2m2 transparent roof.

Its sliding doors are much safer for pedestrians, cyclists and other vehicles because they do not swing out to create a potential obstruction.The eNV200 – London’s first electric taxi – is expected to hit London’s streets in 2014 too. With running costs estimated to be around one fifth of a conventional, diesel-powered Hackney Carriage, its launch will arrive six years ahead of the Mayor’s target of 2020 for the introduction of a zero emissions taxi. Nissan already has a respected place in the Capital’s taxi history — its 2.7-litre TD27 diesel engine was chosen for the iconic FX4 Fairway black cab in 1989, which introduced improved speed, reliability and efficiency to the London cabbie’s daily drive. The same engine also featured in the Fairway’s successor, the TX1. 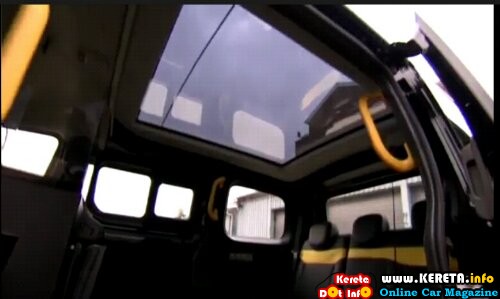