Sales of the new IMV began at all UMW Toyota Motor outlets today.

“The company has set a monthly sales target of 1,300 units for the Toyota Hilux, while for the Toyota Innova and Fortuner, it is 500 and 200 units respectively,” UMW Toyota Motor said in a statement today.

“With the three improved vehicles, we are now confident of capturing a strong demand from customers in both Peninsular and East Malaysia while at the same time increasing our market share this year,” said UMW Toyota Motor’s managing director Kuah Kock Heng. 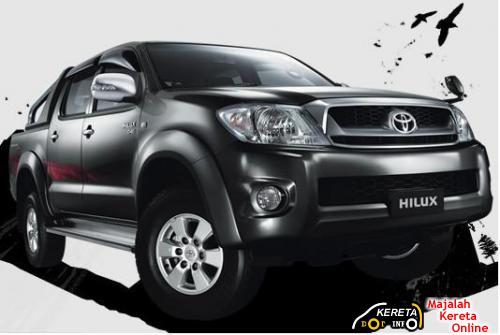 Off-roads can get tough. But the Hilux is tougher. One look, one rev, and you’ll know what it’s made of. Bold and in your face; and that’s just the outside. Inside, beneath all the muscle is a tough, reliable and fuel-efficient engine. And hopefully, someone man enough to handle it.

The Innova not only offers plenty of room and functional utility for the whole family – it looks sleek and stylish as well. Here, we have a gallery full of quality images and also 360-degree interior and exterior views that will let you fully appreciate the Innova’s undeniable good looks.

Now, you are empowered to own the city streets. The Fortuner brings you a motoring experience like no other. With all the features of a premium SUV, from its advanced technology to its commanding presence, the Fortuner is a symbol of achievement that says I have it all.