Naza Group is planning to do local assembly program for Chevrolet which may let to lower price CKD (complete knock down) Chevrolet.Read the full news from Bernama below. 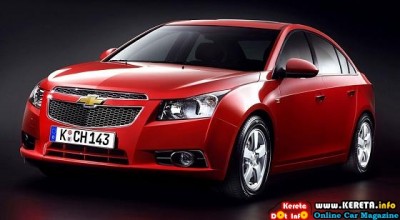 KUALA LUMPUR,  — Naza Group of Companies and General Motors are evaluating the viability of a local assembly programme in Malaysia.

“We are targeting a 10 per cent market share in the region from close to two per cent currently,” Apfel said after the launch of General Motors’ Chevrolet Cruze by Prime Minister Datuk Seri Najib Tun Razak here Thursday.

The Chevrolet Cruze is being distributed in Malaysia through Pavilion Crest Sdn Bhd (PCSB), part of the Naza group, which is also currently marketing Chevrolet models like the Aveo and Captiva.

Priced at RM97,808, the Chevrolet Cruze has been distributed in Europe, Australia, India and the Asean region.

“PCSB’s current dealer network of eight in key market centres is being expanded for better regional coverage and to give customers better service,” he said.