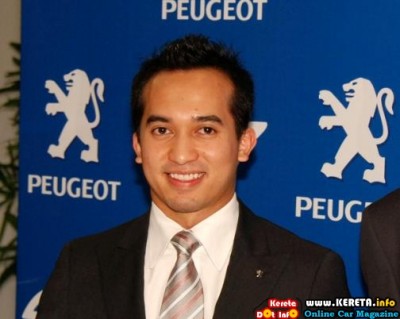 Nasim Sdn Bhd, the official distributor of Peugeot vehicles in Malaysia, has revised upwards its sales forecast for 2010 by nearly 30 per cent to 3,800 units.Read the full news from wemotor below.

Nasim Sdn Bhd, the official distributor of Peugeot vehicles in Malaysia, has revised upwards its sales forecast for 2010 by nearly 30% to 3,800 units from 2,930 units previously in line with increasing demand for the French marque’s award-winning vehicles and improving market conditions.

Nasim’s new sales target of 3,800 units is comparable with the 3,766 units sold in 2009, with a bulk of the sales expected to be registered in the second half of 2010 when it launches three new models and two facelifted variants.

Furthermore, total sales in 2009 included the 206 Bestari, which has since been phased out. Excluding the 206 Bestari, the company’s sales in 2009 would have totaled 1,419 units, which in itself represented a seven-fold jump from 2008’s figures. Nasim was appointed official Malaysian distributor of the Peugeot brand in January 2008.

For the first four months of 2010, Nasim’s sales, excluding sales of the 206 Bestari, has nearly tripled to 715 units from 262 units recorded in the same period last year. The strong sales in the first four months of 2010 have been largely driven by the award-winning 308 Turbo while demand for both the 308 VTi and 407 have been steadily picking up.

Our new sales forecast takes into account the anticipated demand for our exciting line-up of products that will be launched in upcoming months starting with the multiple award-winning 3008 SUV in early June.

“The popularity of the Peugeot brand has been rapidly increasing and in line with the strong recovery in the domestic economy, we are confident of achieving our new sales target,” said SM Nasarudin SM Nasimuddin, CEO of Nasim.

Despite being a month away from its launch, Nasim has already received a considerable amount of demand for the 3008 and has begun taking pre-launch bookings for the SUV.The 3008 has won numerous awards in Europe including the prestigious ‘What Car?’ magazine Car of the Year 2010 award. ‘What Car?’ is a leading and long-running monthly automotive magazine in the UK.

Featuring a blend of features commonly related to hatchbacks and SUVs, the 3008 marks the first of several innovative models to be introduced by the French carmaker. Since its launch in Europe in the spring of 2009 until Dec 31, 2009, a total of 62,000 units of the 3008 have been sold.

“We will have the distinction of being the first country in Asean to launch the 3008 and we are very excited over its prospects. We believe it will be just as successful here as it has been in European markets.

“This is Peugeot’s 200-year anniversary and we believe the 3008 is the perfect vehicle to celebrate this milestone,” said SM Nasarudin.

Besides the 3008, other new vehicles lined-up to be launched this year include the 5008 MPV and a B-segment sedan codenamed, T33, which will be assembled in Gurun, Kedah for both the domestic and regional markets.

Apart from these vehicles, Nasim will also be launching a facelift of the award-winning 308 VTi soon and is currently taking bookings for the model.

In addition to the new models, Nasim has been rapidly expanding its network. It recently launched a 3S centre in Ampang and is set to open new branches in Ipoh and Puchong soon.

On the after-sales front, the company recently reduced its spare parts pricing by 20% to make the experience of owning a Peugeot even more affordable while it has a well stocked-inventory worth RM5.7 million to ensure availability of spare parts for its customers.