Economy hass been very bad for this past few months.Despite of the economy turndown, Modenas still aim to sell 65,000 unit of motorcyle this year.Read the full story from Bernama below. 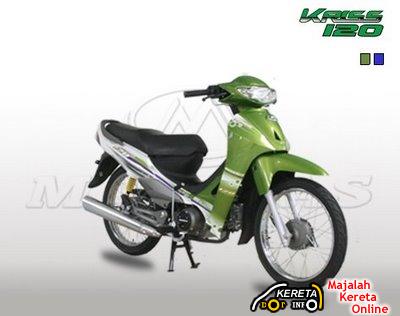 “The company aims to sell 60,000 units in the local market and 5,000 units overseas such as Iran, Vietnam and Greece,” he told reporters after the launch of its new model GT 128 motorcycle here today.

He said the new GT 128, targeted at customers aged between 25 and 35 years old, would be sold at RM4,888, excluding road tax and insurance.

Abdul Harith said the company aimed to increase its market share to 15 percent from 12 percent for the financial year ended March 31, 2010 boosted by the launch of the new model.

On the industry outlook, Abdul Harith said Modenas expected the overall motorcycle sales for this year to fall by 26 percent to 400,000 units compared with 544,000 units in 2008.

“The overall market for local motorcycles will continue to be slow,” he said.