Scion announced their most recent limited edition Release Series (RS) tC, which will be unveiled at the 2009 Chicago Auto Show this week. The 2009 Scion tC RS 5.0 will be a limited run of about 2,000 cars, and will feature mostly upgraded parts from Toyota racing division, TRD.

The 2009 tC RS 5.0 features a gloss black exterior, 18-inch TRD wheels in matte black with red accents, and red TRD lowering springs for an improved appearance. A more meaningful change comes in the form of a new TRD rear sway bar which helps to improve the car’s handling. The final exterior touch is the addition of a new TRD sport muffler which gives the exhaust a deeper and more menacing sound.

Inside the changes are relatively minor but include a black leather steering wheel with red stitching, black seats with red accents, TRD floor mats, and an individually numbered badge. 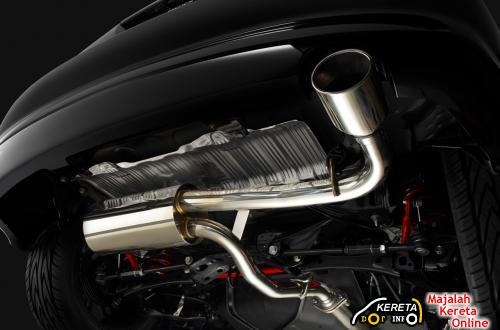 Only 2,000 units of the tC Release Series 5.0 will be built. The tC RS 5.0 model will carry
a manufacturer’s suggested retail price (MSRP) of $2,300 over the base price of the tC. The base MSRP for the standard tC with a manual transmission is $17,000, while the standard tC with an automatic transmission model carries a MSRP of $17,800. The available black spoiler has a MSRP of $285, not including installation.