HOW TURBOCHARGER WORKS-BLOW OFF VALVE 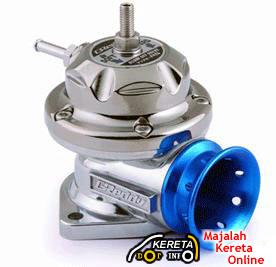 What sound comes into your mind when you saw a turbocharged car? Im sure most of us will expect the sound of blow off valve(bov) from that car. But don’t expect to hear the bov sound from my car, cause my car bov is recrculated back into the air intake hence it doesn’t produce any distinctive sound :) 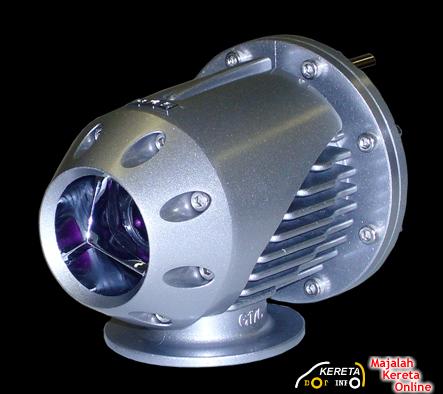 Ok,back to topic, a Blow Off Valve(bov) or may be called as bypass valve or dump valve is not a gadget to show off and to impress other people. It actually carries an important task. A bov is a must in a turbocharged car,without a bov your car turbo unit wont last long.

What is a Blow Off Valve? It is actually a simple vacuum operated valve which releases air to the atmosphere or back into the intake. It is located right before the throttle body.There is two type of bov sytem which is the blow off valve which release the air to the atmosphere and there is the recirculation type,where the air is recirculated back into the intake system before the compressor.The function of the bov is to release the pressure in the inlet manifold whenever the throttle body is closed. The throttle body is closed whenever you released the accelerator pedal. That’s why you get the ‘pishh’ sound whenever you release the pedal during heavy acceleration.

Why is it so important? As I explained earlier, a compressor is moved directly by the turbine via a shaft. So whenever the car is accelerated heavily or the car is in boost,pressure will be build up at the inlet manifold.Once you release the accelerator,for example to change gear, the throttle body will be fully closed. But the turbine is still turning due to the remaining exhaust gas and also the inertia of the turbo itself. This means that pressure in the inlet manifold will increase and need to find a way to get itself free. This is where the bov comes into play,the bov will release the compressed air to the atmosphere or back to the air intake right before the compressor.Let say you don’t have the bov,the compressed air will flow the other way around and against the air which is being compressed by the compressor and pass through the compressor and out to the filter.This phenomenon is called compressor surge.The compressor surge is not healthy to the turbo as it can cause damage to the bearing and shorten the life of the turbo.Other than protecting the turbo,a bov also increase the car response. It causes the compressor to spool up faster after each time the pedal is released and repressed again. 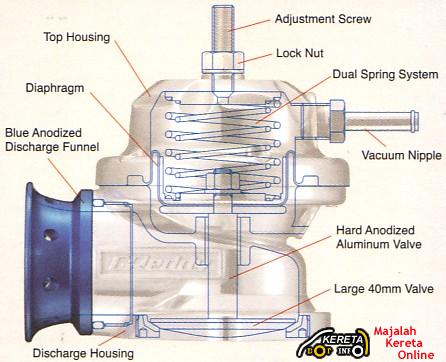 How does a bov operates? As I mention earlier, a bov is a simple vacuum operated valve.it gets the vacuum input from the inlet manifold righr after the throttle body.
So whenever the car is idling or boosting, a certain amount of pressure is available after the throttle body, but once you released the accelerator,the throttle body will fully close. This will create a considerably low pressure or vacuum in the inlet manifold. When the bov detect this vacuum,the bov will open and release the pressure to atmosphere or bypass it into the air intake right before the compressor.

Blow Off Valve Remain Closed When Throttle Body is Open

Blow Off Valve vs Recirculation Valve.
Most standard factory turbocharged cars come with the recirculation valve.This is actually the best method to be used as u can see the compressed air is return back into the intake system thus it will help to spool up. the compressor faster. However this is not the most desired sytem as people prefer to us a blow off valve as it create the distinctive pisshh sound.However cars that is using an mass airflow sensor(MAF) is not recommended to use the atmosphere release blow off valve. This is due to the MAF detecting a certain amount of air going towards the cylinder hence it gives signal to the ecu and the ecu will calculate and give the amount of fuel to be injected. Because of the bov is after the MAF, the maf doesn’t know that the air is release to atmosphere hence your car will end up with a slightly richer fuel mixture after every gear change and everytime the pedal is released. The sudden rich mixture can cause sluggishness and may lead to stalled engine,and worst it can foul your spark plug and catalytic converter.This problem however doesn’t exist in a car that used manifold absolute pressure(MAP) 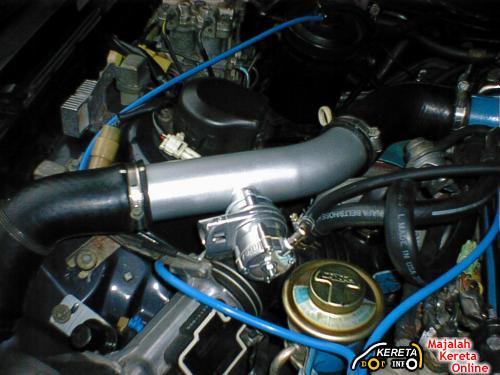 So guys,choose you Blow Off Valve wisely and happy boosting :)