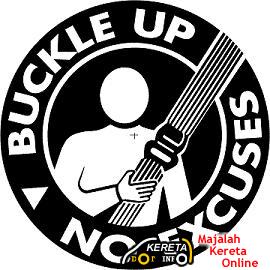 SHAH ALAM, Dec 27 (Bernama) — Backseat passengers aged above 17 years found not wearing the seatbelt will be taken to court where they can be fined up to RM2,000 or sentenced to jail not exceeding one year or both.

If the passengers are below 17, it is the driver who will be punished.

However, the penalties under the Road Transport Act 1987 will only be enforced after a six-month grace period beginning Jan 1 during which, the passengers or driver can be issued with compound fines up to RM300.

He said the move to take action on drivers who failed to ensure their backseat passengers below 17 wear the seatbelt was to make them aware of the rule.

“The question is not the action that will be taken on the driver but it is the responsibility of parents to ensure the safety of their children below 17,” he said.

He said the rear seatbelt regulation would be imposed on all vehicles from Jan 1. Among the exceptions were:

* vehicles registered after Jan 1, 1995 which are not equipped with rear anchorage points,

* vehicles with more than nine seats including the driver’s seat, and

* goods vehicles with capacity above 3.5 tonnes.

Solah said the regulation was finalised after taking into consideration people’s awareness level on the importance of wearing the front seat belt which was enforced in April 1979.

“In the first phase when the front seat belt was enforced, drivers and passengers were aware of the safety rule at the time and wore it. They knew the rule can more or less prevent mishaps.

“By taking into account this awareness, we in the second phase agree on the rear seat belt regulation,” he said.