DRB-HICOM recently signed an agreement with the Potenza Sports Car to bring a few units of car including the Westfields into Malaysian market and be a manufacturer, importer and distributor for Potenza Sports Car which is based in Pekan Pahang. Read full news from Btimes below 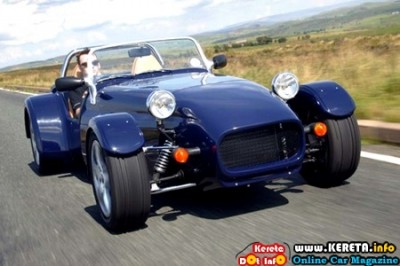 The two companies signed an initial agreement in April followed by a feasibility study on the prospect of producing a new line of eco-friendly and affordable sports cars in Malaysia.

DRB-HICOM said in a statement that a joint-venture company will be set up. It will become the exclusive importer, manufacturer and distributor of the Potenza sports cars, including the electric and hybrid variants.

It will also export complete-knock-down (CKD) kits and components manufactured in Malaysia to Potenza for the assembly at its UK plant for the European and other potential markets.

The cars will be manufactured at the DRB-HICOM automotive complex in Pekan, Pahang, by subsidiary HICOM Automotive Manufacturers Malaysia Sdn Bhd.
“We expect production to begin by 2012,” DRB-HICOM managing director Datuk Seri Mohd Khamil Jamil said in the statement.

“For DRB-HICOM, this is our giant step towards realising our vision of designing and developing our own brands of vehicles in cooperation with our global partners.”

Potenza Sports Car chairman Frank Turner said the agreement will enable the expertise and resources of both partners to develop “an outstanding range of sports cars, not only for the growing Asia-Pacific market, but also for the rest of the world”.

“One strength of the partnership embodied in the joint venture which became apparent during our negotiation was that we shared the same vision and values and this bodes well for our future together,” Turner added.

DRB-HICOM has forged ties with several global players such as Audi, Mercedes-Benz, Honda, Suzuki, Mitsubishi, Isuzu and Mahindra as well as local players like Proton.

Last year, these brands captured 20 per cent of the country’s total industry volume.

Potenza Sports Cars is part of the Potenza Group, which includes Potenza Technology and Potenza Enterprises.

The group is involved in technological development for aircraft and automotive applications, health care and orthopedics.

It currently produces 300 to 400 vehicles per annum, sold in completely-built-up units and component forms.