Audi’s plan to offer the Q7 with hybrid drive from the end of the year has been placed on indefinite hold.

According to the German manufacturer’s head of research and development, Michael Dick, the company has diverted engineering resources into developing its lithium ion battery technology.

In an exclusive interview with Autocar, Dick confirmed that Audi has abandoned an earlier strategy that would have seen the Q7 offered with a petrol-electric hybrid system based around a nickel-metal hydride battery system – but that development work on a hybrid version of the new Q5 is pushing ahead.

“We have decided to make lithium ion a priority,” says Dick. “It’s clear this technology will become increasingly important in coming years and we want to make sure we are at the forefront when it comes to market.”

The decision by Audi comes despite Volkswagen and Porsche holding firm to plans to push ahead with petrol electric hybrid versions of the Touareg and Cayenne, with which the Q7 shares most of its mechanical package.

Although Audi no longer plans selling the Q7 in hybrid form, Dick says it still be produced in small volume to be run internally for evaluation purposes. “There are plans to build the Q7 Hybrid but only in very limited numbers,” he confirms, “[but] it won’t be offered or sold to customers in the traditional sense.”

Priority has now been switched to ensuring plans for a Q5 hybrid are realised.

“We are looking to make the Q5 our first true hybrid model, and the plan is to have it ready for lithium ion technology,” says Dick.

Although there’s no official timeframe for the introduction of the Q5 Hybrid, we know that it will use a 3.2-litre V6 petrol engine in combination with a pair of electric motors housed within the gearbox – and a lithium ion battery pack. Audi insiders hint it could appear as soon as next year’s Frankfurt motor show, with production versions likely to go on sale during the first half of 2010. 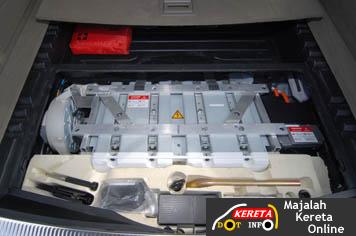 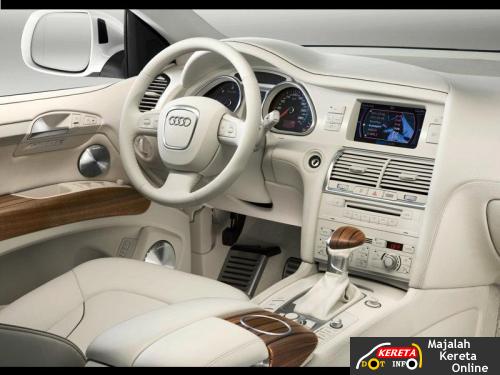