Here a good news for Malaysians.Malaysian luxury car manufacturer BUFORI Motor Car Company (BMCC) is extending its model range and will soon be launching a new car called the BUFORI CS.The BUFORI CS is expected to be launched in Malaysia at the beginning of 2010.

The BUFORI CS, which stands for “Compact Sports”, is a purist and powerful 2 door coupe.Unlike previous generations of BUFORI motorcars, the BUFORI CS is intentionally modern-styled.The car will be powered by a 1,998cc twin-cam turbocharged inline-4 engine.According to the source, the printed output figures issued reads: 382hp @ 3,700rpm and 960Nm @ 3,700rpm. According to Bufori engineers, the engine is none other than Mitsubishi’s 4B11T sourced from the Evo X, though the ECU has since been heavily reworked by MOTEC. 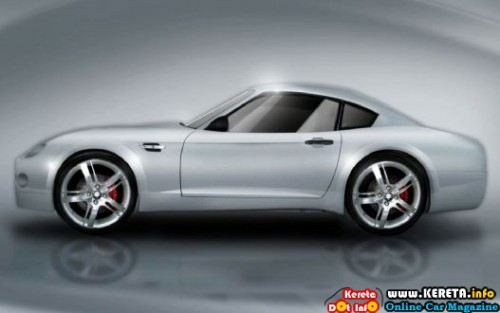 The monocoque body is made of ultra-light and rigid reinforced Carbon Fiber & Kevlar and lies on a space frame chassis.The unequal upper and lower arm front and rear suspension with coil over shocks are fully adjustable and provide excellent road holding. Fully designed and developed by BMCC in Malaysia, it was recently decided that Bufori would also have a race version of the car in order to prove the vehicles capabilities and performance under extreme conditions and directly apply proven racing technology to the ongoing development of the road car.

This led to the creation of the newly established Bufori Motor Sports (BMS), the motorsport division of Bufori.  Through collaboration with Axle Motorsport (Axle is a familiar name – Alex Yoong is the man behind it), a company dealing in high-tech motor racing development, there is jointly development of the BMS R1 using a team of Formula One engineers and employing only the highest quality components and materials. The BMS Axle Racing Team already took part in the 56th Macau Grand Prix with the BMS R1 which meets FIA GT3 requirements.

BELOW ARE THE PICTURES FROM THE BUFORI FACTORY IN KEPONG. Preparation for the bodyshell. Job vacancies at the Bufori factory in Kepong.