Since its debut in 1995, the Daihatsu Move is Japan’s most respectful small compact cars.The Daihatsu Move underwent four full model changes from 1998, 2002, and 2006, with the addition of the Custom variant that appeals to the young drivers looking for an edge of style. Now, just in time before Christmas 2010, the fastest selling Daihatsu Move, is now evolved to its much anticipated fifth-generation model.The second-generation Move (1998) was the model on which the Perodua Kenari was based, so the new Move introduced here could one day be popularised in Malaysia just like the Kenari. 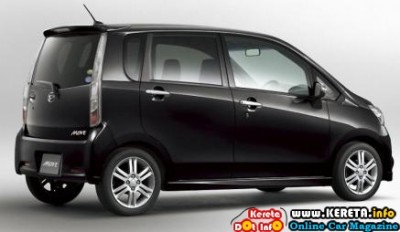 Powered by the newly upgraded 658cc KF engine and equipped with Eco Idle, the new Daihatsu Move has the maximum fuel economy of a majestic 27.0km/L.The Eco Idle is the Daihatsu’s first idling stop system that allows the engine to be automatically shut off when the car stopped, for instance; stopped at the red light or at the stop sign.It also equipped with a plastic electronic throttle body and the world’s first i-EGR (i-Exhaust Gas Recirculation) system that monitors the combustion state through the use of ions.Since Daihatsu Move is a Kei-Car, its exterior dimension will not be more than the width of 1475mm and length of 3395mm. 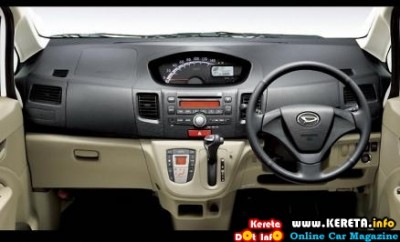 All Kei-Cars are manufactured to comply to Japanese government set regulations which dictate among other things, physical size and engine output and shown below.