The Audi Q3 is a versatile companion for everyday life, it is a premium SUV in a compact form. The design is symbol sporty identity. Thanks to systematic lightweight design, the basic version of the Audi Q3 weighs less than 1,500 kilograms (3,307 lb).

Audi offers an entire set of infotainment components, spearheaded by the large MMI navigation plus  a hard drive navigation system  and the Bose surround sound system, with handsomely illuminated woofers up front. In the near future, an online Bluetooth car phone will follow, paired with a WLAN hotspot to provide the Audi Q3 with full Internet connectivity. 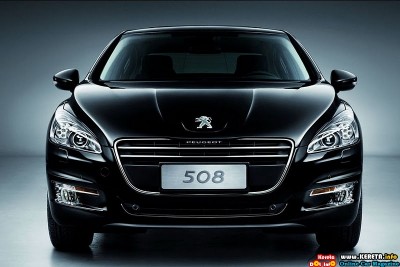 The 2011 Peugeot 508 saloon concept will present in China, which will be introduced alongside a brand new concept model at next week’s Shanghai Auto Show. The China market 508 will be produced locally with Peugeot claiming that 1 in 2 examples of its mid-size model will be manufactured and sold in the world’s largest car market for a provisional annual sales volume of 65,000 units in the first full year of production.

In addition, Peugeot will also unveil a new SUV concept in a world premiere at the Shanghai Auto Show. While the French automaker did not release any photos of the study, the company said the all-wheel drive prototype was designed and developed locally by the China Tech Centre in Shanghai.