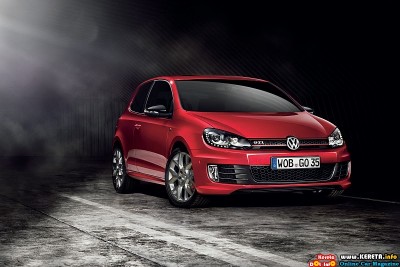 The German carmaker has unleashed a special version, named “Edition 35”, because this year, Volkswagen is celebrating the 35th anniversary of the introduction of the original Golf GTI in 1976. As with the “Edition 30” launched in 2006, the latest anniversary model benefits from an upgraded and more powerful engine as well as discreet styling tweaks that differentiate it from the standard Golf GTI.

2011 Volkswagen Golf GTI Edition 35 beginning at mechanical updates, the GTI’s 2.0-liter turbocharged TSI engine is tuned to deliver an extra 25 horsepower, for a total of 235 horsepower.

The changes on the outside include new, bespoke alloy wheels, blacked-out headlights and taillights, darkened rear and tailgate windows and glossy black finish on the grille and mirror caps. In addition, the headlights also feature LED daytime running lights, and the front fenders are adorned with “35” plates.

The Europe’s aftermarket tuners, Schmidt Revolution has proposal for the Porsche Panamera sports saloon is far more subtle than what we’re used to.

The German tuner starts with a standard Panamera 4S, which leaves Porsche’s factory with a 4.8-liter V8 engine churning out 400-horses and 500Nm of peak torque.