Wheelsandmore, a luxury tuning company from Germany, has unveiled tuning package for Mercedes benz AMG models. The modification package is dubbed as “Edition 707” and provides the beast a power of 707hp and 915Nm of torque. The “Edition 707” gets its race approved coilover damper housings of strength aluminum alloy from suspension professsionals KW Automotive. Using a new suspension kit seems to be essential because of the enormous increase in output. Brabus had unveiled details of its latest tuning package for the 6th Gen Mercedes SL Roadster. The Brabus customization will give this 2 seater SL 500 roadster a power increase to 520 hp and a top speed of up to 300 kmph (186 mph). The tuned Brabus SL 500 can sprint from 0 to 100 kmph in just 4.4 seconds.

Trident had first unveiled their Iceni Grand Tourer concept car during the 2007 Goodwood Festival of Speed but the roadster’s launch had been delayed indefinitely. Recently however, the British manufacturer came out of the shadows and has announced that the Tourer will soon hit the showrooms. 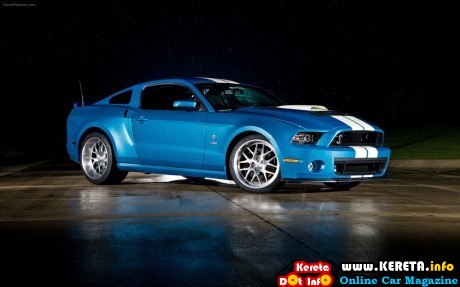 Ford had unveiled the Ford Shelby GT500 Cobra 2013, a one-off Ford Mustang that has been solely built to commemorate former race car driver, auto designer and automotive legend Caroll Shelby that passed away earlier this year. The Shelby GT500 Cobra had been constructed by “Friends of Caroll Shelby” and had made its debut at the Rolex Monterey Motorsports Reunion.