USING COOKING OIL FOR YOUR CAR ENGINE? Would You Believe That Palm Oil Could Be Used As An Engine Lubricant For Your Car? 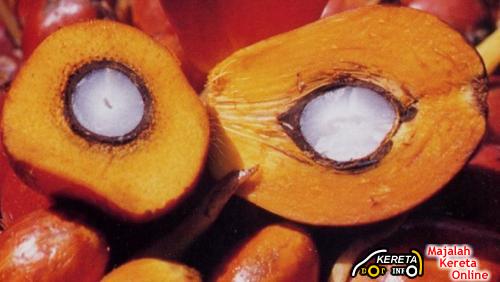 Would you believe that palm oil– based cooking oil could be used as an engine lubricant for your automobile?

Believe it or not, some people in Negeri Sembilan have been using cooking oil for their car engine and find no problems using this lubricant.

Marketing manager Sekolah Golf Michael Ismail, Nik Safian Afzani Omar, said he has been using cooking oil that he buys for RM2.50 per one 1.5 kg packet as the lubricant for the engine of his Kancil car.

“My Kancil (car) needs three litres of engine lubricant. Thus, I would use two and half packets of cooking oil for that purpose.

“Before, I had to pay RM130 every time I serviced my car engine, but now it is less than RM10″, he told Bernama here.

Nik Safian Afzani said previously he used a semi-synthetic engine oil of a popular brand but he has replaced it with cooking oil that he buys from a hypermarket.

He said when using the cooking oil as the lubricant, the temperature of his cars engine never exceeds the overheat limit.

Nik Safian Afzani said, when he sent the car to a workshop for its engine oil filter to be changed, the mechanics there were surprised to find that the car had used cooking oil as the lubricant.

To Nik Safian Afzanis bewilderment, the mechanics said that cooking oil is a good alternative for car engine oil as the product is more expensive nowadays.

Meanwhile, Hisham Abdullah, who created a fuel-saver mechanism using water and hydrogen, said he too has been using cooking oil as a lubricant for his Proton Iswara car.

He has been using this material for about one year and found that it does not give any negative effect on his car engine.

The former engineer at a Japanese firm said, “cooking oil is actually a synthetic oil but we are not aware of this”.

As for mechanic Mohd Tajuddin Jalil, he learnt the cooking oils secret from a foreign expert some two years ago.

Since then, Hisham has been using cooking oil as his car engines lubricant. Hisham said he knows that 67 others in Negeri Sembilan are applying the same concept.

“However only palm oil-based cooking oil can be used. Others like that made from corn or vegetables should not be used as they tend to coagulate at low temperatures,” Hisham said, adding that it is economical to use cooking oil as an engine lubricant due to the high price of engine oils nowadays.

He said a 4-litre bottle of semi-synthetic engine oil now costs RM160 while that of the fully synthetic is about RM200.

Those who wish to know more about the secrets of cooking oil can visit Hishams website at http://ilmurahsia.name.my.

They can also visit http://www.nordicgroup.us/oil.htm#The3000 Mile Facts for similar information.

Palm Oil as an alternate fuel or oil?