If you’d like to keep your newly minted teen driver out of trouble behind the wheel, tack this checklist to the fridge:

1.Pre-emptive driver’s ed — You’ll give your teen a real edge if you start teaching some basics about cars — and the rules of the road — well before he or she gets close to legal driving age. The “sink or swim” approach that’s typical in America of tossing an inexperienced and largely untrained 16-year-old the keys helps explain the high rate of accidents (and fatalities) involving teen drivers. Instead of counting on a few weeks or months of “driver’s ed” to get your teen ready for the road, take it upon yourself (or get your spouse or another mature adult with good driving skills) to start the process much earlier, around age 14 or so. Provide a good example behind the wheel, for starters — and explain by doing the importance of safe driving fundamentals such as not following other cars too closely, proper merging technique, use of turn signals and maintaining “situational awareness” of one’s vehicle in relation to the other vehicles on the road by frequently checking side and rearview mirrors, etc.

You can even do some “behind the wheel” training in empty parking lots, to familiarize your teen with the basics of smoothly controlling a car. Teaching them how to drive in a manual transmission-equipped car is especially recommend — as it takes more skill, concentration and coordination to master, which will make your kid a better driver right off the bat. There’s no such thing as too much training — and the more your teen has before he or she turns 16, the better equipped they’ll be to drive safely — and avoid the sort of accidents that are common among inexperienced, first-time drivers.

2.Emergency maneuvering — Most standard (public school-based) driver’s education programs don’t really get into things like driving on ice, skid control or panic braking — which when you think about are essential accident-avoidance skills all drivers (not just teens) should possess. You’d be doing your kid — and yourself — a great favor by enrolling him or her in a driving school where these skills are taught by professionals (often former race car drivers) on closed-course tracks.

3. Ease them into it — We crawl before we walk, and we walk before we run. The same is true of driving. Short trips in familiar areas, at low speeds, in daylight — and with an adult — should be the rule before there’s any talk of “road trips,” night driving — or driving with other teens in the car. A new teen driver should always have an adult riding shotgun for at least the first month or two — both to offer constructive criticism and to observe the teen’s driving habits. Some teens (just like adults) are naturally better drivers than others, with a better sense of spatial relationships, the ability to judge speed and distance — and general coordination. By riding with your teen, you’ll get a handle on how high (or low) their natural skills are — and how well (or not) they’re able to smoothly integrate into traffic, obey the rules of the road and show courtesy to other drivers, as well as exercise common sense. Be severe in reprimanding both dangerous habits (such as tailgating and failure to pay attention) as well as any signs of rudeness or discourtesy toward other motorists. Bad and good habits tend get ingrained at an early age. As time goes by and your teen displays maturity and ever-improving skills behind the wheel, you can let the rope out a little — allowing longer trips and night driving (when necessary, as to get to work).

4.Make them pay for their own insurance — Nothing prompts good behavior more effectively than being tied to the consequences of bad behavior. If your teen has to spend his own hard-earned money on car insurance, it’s a good bet he’ll be extra careful to avoid tickets — as well as dangerous situations that might lead to an accident, such as racing — or just being stupid with the car. Parents who subsidize their teen’s car insurance are not doing their children any favors; all they’re doing is aiding and abetting their existence in a fantasy world that will disappear like Cinderella’s coach the moment they turn 18 and find they must take care of themselves — and pay their own way. It’s also a good policy to let your teen buy his own car — for the same reasons.

5.Zero tolerance of immature/irresponsible driving — After inexperience, immaturity is probably the biggest single danger facing teen drivers. Any behavior that suggests your kid may not be ready for the responsibility of controlling a potentially lethal motor vehicle should be cause for an immediate sit-down to discuss the problem — and if need be, suspension by you of all driving privileges. Minor speeding tickets are one thing; most of us have been issued one at some point and they are by no means necessarily indicative of careless or irresponsible driving. But anything objectively dangerous — for example, running a red light, failing to stop at a stop sign — should be taken very seriously indeed. It ought to go without saying that a reckless driving charge — or anything involving alcohol or illegal drugs — should be an immediate ticket to the back seat (or the bus). As a parent, you have the right to set the boundaries and determine whether your child may drive — or not — until they are 18 and on their own.

6.No SUVs, no sports cars — A first car should be predictable in its handling, easy to drive — and with fairly low “limits” — so its lacking experience driver doesn’t get in over his head too easily. That means avoiding any sort of special-purpose vehicle such as an SUV (poor handling and braking compared to a standard passenger car) or, worse, a high-performance sports car — which in the hands of a marginally skilled new driver is a lot like giving a fully-automatic rifle to someone with next to no experience handling firearms. Teens are subject to peer pressure and a flashy, fancy fast car may egg them on to dumbo moves they could end up spending a lifetime regretting. Let them build skill — and learn from their mistakes  in something more forgiving. A good choice for a teen’s first car is a plain Jane sedan or wagon in good, safe running shape equipped with all-season tires, air bags and ABS and a “basic” engine sufficient to get the job done — but no more. 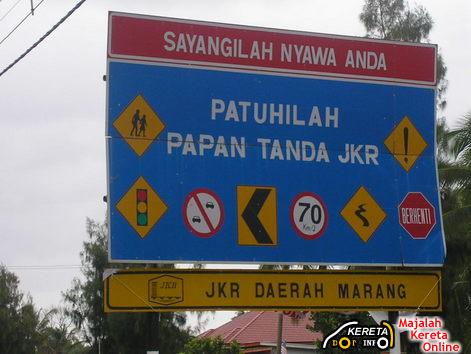