REAR SEAT BELT RULING FOR CAR PASSENGERS WILL NOT BE REVOKED 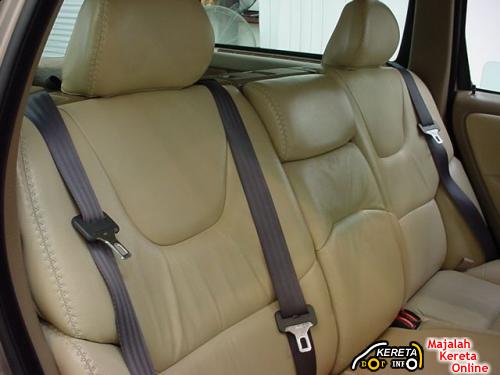 Rear Seat Belt Ruling For Car Passengers Will Not Be Revoked

The government will not revoke the rear seat belt ruling for car passengers although it will cause problems for big families, said Transport Minister Datuk Seri Ong Tee Keat.

He said it had taken large families into account by giving some relaxation adding the public should not take the matter lightly.

“The relaxation does not mean that we can carry as many passengers as possible. This must not be our practice,” he said when winding up debate on his ministry’s budget in Dewan Rakyat here Tuesday.

Ong said implementation of the rear seat belt ruling reflected the ministry’s commitment to increase public awareness on road safety and that the ruling effective January next year had been implemented abroad.

The government had held advocacy campaigns since June to inform the public that the ruling only covered vehicles registered after Jan 1, 1995.

“Most of the cars presently come with rear seat belts. For those not fitted, the government is trying to get manufacturers to install them for free.”

On security at ports, he said all vessels should comply with standards fixed by the International Marine Organisation (IMO) and officers given proper training to avoid falling prey to pirates.

The government was also implementing social programmes in 22 districts in rural areas aimed at getting motorcyclists wear crash helmets and obtain licences.