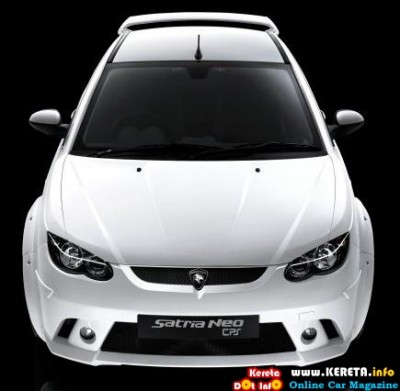 The Satria Neo is arguably one of the best looking hatch backs out on the road in Malaysia, and the CPS version has a few improvements that makes this even more so.Now Proton has introduced the Satria Neo CPS for the Indonesian market.Read the full news by Ahmad Fuad Yahya from Bernama below.

It aims to sell 30 units of the sporty model in the last three months of this year.

Soon after the launch by Proton Edar Indonesia President Director Ricky Too at Mall Kelapa Gading 2 in north Jakarta late yesterday evening, at least one unit was booked.

Proton Neo, first introduced in Indonesia in 2007, received overwhelming response from car enthusiasts and the significant selling point of the new model is the Campro CPS (Cam Profile Switching) engine.

As of August this year, 1,500 units have been sold, with 60 per cent of the cars are Exora manual version.

The event ended with a performance demonstration by Atkinson on a Satria Neo S2000.

The 31-year-old Australian displayed his excellent driving and manoeuvring skills on a Neo S2000 in a narrow parking space, bringing with him 17 passengers comprising Indonesian journalists on a rotation basis.