Proton has expanded its GEN-2 range with the addition of two dual fuel models, ‘ecoLogic’ is able to run on either LPG (Liquefied Petroleum Gas) or petrol, offering customers significant savings on their fuel costs as a result.

At around 58p per litre, LPG has become an increasingly attractive alternative following the huge increase in the cost of petrol and diesel. What’s more, unlike other manufacturers, Proton ecoLogic models cost exactly the same price as their petrol-only equivalent, so you can reap the benefits of cheaper motoring straight away.

In addition to cheaper fuel, the Proton ecoLogic comes with the same 3 year/60,000 mile total vehicle warranty and three year RAC cover that is offered on all Proton vehicles.

LPG is a by-product of the extraction and refining of crude oil and is therefore a plentiful supply in the UK. In fact, 45% of LPG produced in the UK is currently exported. LPG combustion also produces fewest exhaust pollutants, so as a fuel source it also reduces the car’s impact on the environment and qualifies for lower road tax.

With over 140,000 LPG-converted vehicles already in use, the UK has a well-developed refuelling infrastructure. In fact, there are over 1,400 public access refuelling stations nationwide. If you do happen to run out of LPG, the Proton ecoLogic will run on petrol at the flick of a switch, which, with two tanks, considerably extends the range of the GEN-2.

The wide range of colours and metallic paint options has been specially designed to complement the ecoLogic’s sporty exterior styling. Just scroll over the colours to take a look.

The ecoLogic is built to last, with a high quality finish inside and out. Thanks to Low Gap Technology, panels fit snugly to reduce wind noise inside the cabin. And modern, lightweight materials have diminished vibration levels making the ecoLogic an exciting drive and a comfortable ride. 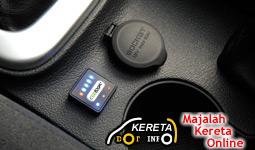 Located on the central console, a series of LED lights on the switch show the amount of LPG stored.

“Retailing at around just 50% of the price of a litre of petrol, drivers of LPG vehicles usually save around 40% of their fuel bills each year.” by  Autogas Ltd