Proton now planning with the banks to introduce a more interesting car loan interest rate for proton customers which might be lower than the current interest rates in Malaysia 3.85% and 4.1% for Proton car. This will be a good move for Proton, Bank and the customers especially. So for those who plan to buy new proton Cars, maybe you can wait until they announce the new rates. 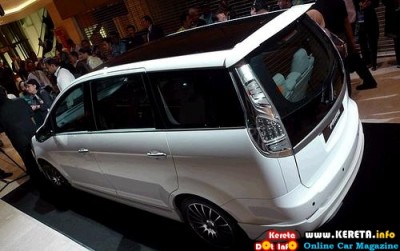 SUBANG JAYA: Proton Holdings Bhd hopes to conclude by next week talks with various financial institutions on a new interest rate package for its customers, said group managing director Datuk Syed Zainal Abidin Mohd Tahir.
“We’ve been discussing with several key financial institutions over the past few weeks and we’re close to coming to an agreement with them,” he told reporters after launching a facelift version of the Exora multi-purpose vehicle (MPV) yesterday.
“We’re looking to come up with a package that not only provides a win-win situation (for both Proton and the banks) but also ensures that it does not burden the consumer.”
He said Proton was also working with second national carmaker Perusahaan Otomobil Kedua Sdn Bhd (Perodua) to “come to a compromise” with the banks on a suitable loan package for customers.
“In times like this, we (Proton and Perodua) have to be united. But I think the banks will also appreciate this. If they put a ‘brake’ on car loan approvals it would also affect the economy. This (hire-purchase loans) is also an important business for them.”
Last week, Bank Negara raised the overnight policy rate by 25 basis points to 2.75%, making it the third rate increase this year.
According to Syed Zainal, hire-purchase rates for Proton vehicles currently range between 3.85% and 4.1%, and the new rates would be higher.
On the Prime Minister’s comment that local automotive companies should consolidate to become major players in the industry, Syed Zainal said: “Proton takes serious note of his suggestion but we want to benefit the entire ecosystem, not just individuals or companies.
“By ecosystem, we want to benefit the manufacturers (both local and foreign), the vendor community, the dealer network and various support systems. But we are not going to comment on anything until a proper study is done.”
On another note, Syed Zainal said Proton aimed to launch its new Waja model by the last quarter of this year. The replacement model is expected to be a rebadged version of Mitsubishi’s Lancer.
Meanwhile, Proton expects its new (facelift) Exora to boost total MPV sales to 2,500 units per month and surpass its target of selling 28,690 units in the current financial year ending March 31. The new model is available in four specifications and priced from RM58,998 to RM76,998 (on-the-road).
Proton has to date received a total 42,916 bookings for the Exora and on average sold 2,300 units per month. From last April to June 30 this year, 32,540 units have been registered.
Please follow and like us: