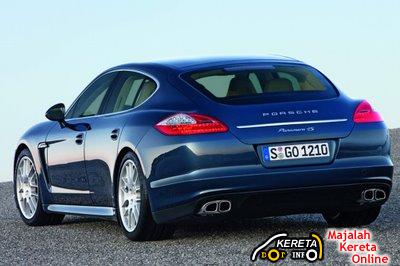 Up until now, Porsche has done its best to keep as many details and pictures of its first-ever sports sedan hidden inside its Stuttgart offices. But yesterday night the crew over at Dutch website Autotelegraaf published new information and what they support to be, the first full blown official photograph of the Panamera. According to the Dutchmen, the picture was published after Auto Motor and Sport allegedly broke the Monday embargo (we never found the same picture on AMS…). A few hours later, another Dutch publication published the same photo without any watermarks. Just for the record, we aren’t 100% sure of its authenticity.

According to the supposedly leaked information, the Panamera is 4.97 meters / 16.3 feet long and 1.93 meters / 6.3 feet wide, while it sits on a 2.92 meters / 9.6 feet long wheelbase in dimension. In other words, Porsche’s sports sedan is marginally larger than an Audi A6 but smaller than an Audi A8.
The sports sedan is said to be offered at launch with an entry-level, VW Group sourced 3.6-liter V6 engine with 300HP for the base Panamera, a 4.8-liter V8 with 405HP for the Panamera S, and a 4.8-liter twin-turbocharghed V8 putting out around 500hp for the Panamera Turbo. Power will be transferred by either manual gearboxes or Porsche’s new double-clutch PDK transmission. 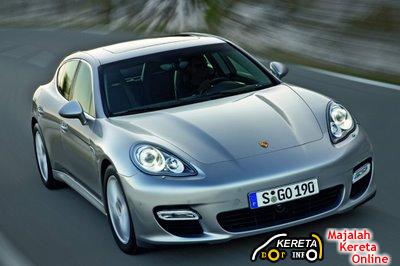 Even though Porsche has revealed a diesel variant of the Cayenne SUV with an Audi-sourced 240HP 3.0-liter V6 TDI, the German have ruled out the same possibility for the Panamera which will show its more eco-friendly credentials through a V6 hybrid variant.