Jamiroquai singer Jay Kay‘s £1 million Enzo Ferrari has been vandalised after he left it outside a hotel for the night.The singer, 39, who is almost as well known for his love of cars as his music, was staying at an upmarket seaside resort in Aldeburgh, Suffolk when the car was attacked.

The car’s windscreen and side window were smashed while Kay was drinking in the seaside town of Aldeburgh.

A pastry chef from the Brudenell Hotel, where Kay was staying, was arrested on March 3 in relation to the incident, reports the Daily Mail.
Kay said he had no idea why his car was attacked. “I just came out in the morning and discovered it,” he said.

Grahame Tiunion, operations director of Thorpeness and Aldeburgh Hotels, who run the Brudenell, said an internal investigation into the incident was being carried out.
“We have launched our own investigation and we cannot make any comment until we find out ourselves what happened,” he explained.
“All we know is that our pastry chef is in custody and is being quizzed by police.” 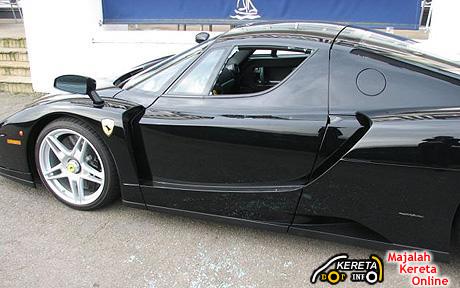 The damage to the million dollar supercar is estimated to be around $42,000.Luckily for Jay Kay, as the owner of a number of exotics, the singer won’t have to catch a bus or train anytime soon. Some of the other fast cars in his collection include a Ferrari F40 and F50, a Lamborghini Diablo, and even a Mercedes Benz G-Class.

Jamiroquai will come to Malaysia for a concert for the Petronas Malaysian Grand Prix 2009.

For more info about Jamiroquai concert click the link below:-
WATCH JAMIROQUAI CONCERT AT THE PETRONAS MALAYSIAN GRANDPRIX 2009 WITH ONLY THE F1 TICKET 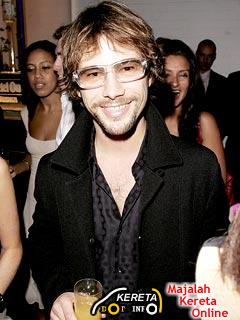