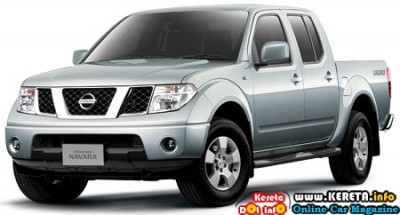 Launched last week, the new Navara Calibre 4X2 is now available in Malaysia.With the price of RM89,900 the Navara Calibre 4X2 is not a simply version of the 4X4 LE Automatic. Equipment-wise, it appears about the same as the 5-speed manual SE variant. It has ABS+EBD but no LSD (limited-slip differential) which the manual variant has. Its headlamps are halogen instead of Xenon.Four colour are offered,there are special Desert Gold colour alongside Supreme Black, Tungsten Silver & Twilight Gray. 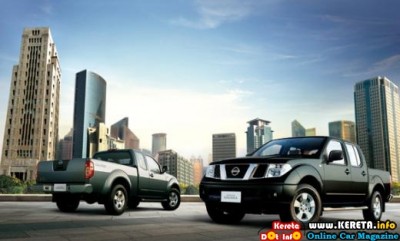 Interior wise, it is equipped with 4 speakers instead of 6 mated to a single CD player instead of a CD changer.The interior trim is fabric. The overhead console box and passenger A-pillar assist grip has been removed. But the Calibre 4X2 does get the interior silver finish trim of the top of the line LE, something which the SE Manual and Standard Manual doesn’t get.

The engine is pretty much the same – the powerful Nissan YD25DDTi commonrail direct injection turbodiesel engine with an intercooler to provide a boost in output. The 2.5-litre 4-cylinder engine incorporates a Variable Nozzle Turbocharger (VNT) which enhances engine response and flexibility. It is mated to an electronically controlled 5-speed automatic transmission. However, the output is different from that of the 4×4 variants, probably because the 4×2 drivetrain has less parasitic power losses. Compared to the engine output in the 4×4 Navara, the 4×2 Navara produces 30 ps less power at 144 ps and 47 Nm less torque at 356 Nm.Additionally an engine balancer shaft system is employed for superior Noise, Vibration & Harshness (NVH) suppression.