Nissan, together with Autech Japan and its in-house NISMO performance division, will premiere a total of nine vehicles at the upcoming Tokyo Auto Salon 2011 with NAPAC (Japan Car Parts and Aftermarket Promotion Association), to be held from January 14 to 16.

The SUPER GT domestic racing series with a display of a race vehicle, transporter and hospitality cars, along with “pit stop” tire changing demonstrations, Also on display will be the 100% electric, zero-emission Nissan LEAF Aero Style Concept and Nissan’s range of standard road cars stylized with the latest genuine aero body kits that complement the vehicles’ pure forms.

NISMO will be presenting its new production race car, the Nissan NISMO GT-R RC, which will be officially announced at the Salon, and the MOTUL AUTECH GT-R racecar that competed in the 2010 SUPER GT series.

While Autech will showcase its expertise in custom cars with three fun, relaxing models, including “Elgrand Rider” concept. 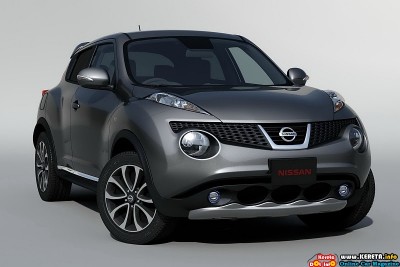 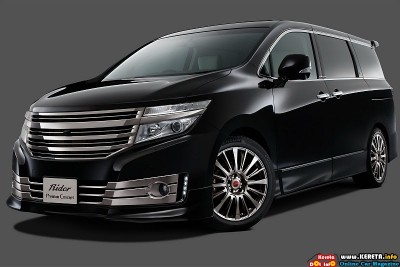 • Nissan Elgrand Rider Premium Concept (Reference exhibit)
Seeking the ultimate level of “mobility space,”‘ the engine, body and suspension are specifically tuned up for a higher level of driving performance. The genuine leather seats are configured in two rows, accommodating four people, and feature a quilted design. Based on the Elgrand Rider, the Premium Concept also features a cabinet with indirect lightning for the ground below and a cool/warm storage box. The custom exterior items such as a smoke-plated front mask, 19-inch wheels and tires and a front protector accentuate the uniqueness of this car.

• Nissan Serena Rider
Based on Serena, this custom car adopts punchy aeroform coating and an emblematic front grille design, which are features of the Rider Series of custom cars. Black-themed special seat materials and silver carbon-style instrument shift finisher enhance its sportiness.
With the front protector* installed in the display model, its unique styling is emphasized. 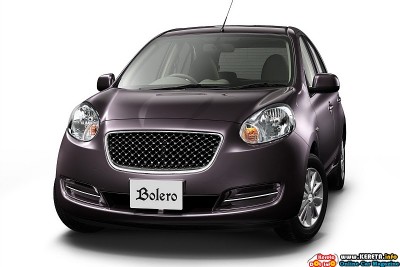 • Nissan March Bolero
This March-based model has an elegantly coordinated interior and exterior. For the exterior, the front grille, which has been characteristics of previous generation models, features a plated mesh design, while its interior is highlighted by wine-colored, horizontal-striped seat materials delivering a distinguished atmosphere.

* Special front protector for the Rider series, to be scheduled to go on sale in January, 2011, for Elgrand and Serena.

• Nissan NISMO Version FAIRLADY Z
This model builds on the Fairlady Z’s high level of driving performance with added fun and sporty functionality. Along with engine output that is increased to 261kW(355PS), a higher level of sporty handling is realized through special body and suspension tuning and modification of the power steering characteristics. For the exterior, excellent aerodynamic performance is achieved through use of special body components providing greater downforce and reduced air resistance. 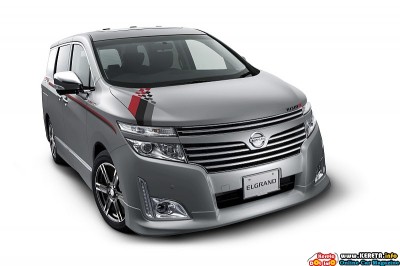 • Nissan Elgrand S-tune
This model is equipped with NISMO S-tune kit for exhilarating driving on the street, and genuine optional parts for enhanced comfort and sportiness.

• Nissan MOTUL AUTECH GT-R
This car, campaigned in the 2010 SUPER GT season took the pole position in Round 5 in Sugo and finished in second place in Round 4 in Sepang and Round 6 in Suzuka.

NISMO will also have a “Kids & Ladies Ride Event,” where participants can experience what it’s like to be inside a racing car, and the “Pitwork Simulation,” where NISMO mechanics will be demonstrating racing tire changes and other techniques.

• Nissan NISMO GT-R RC (Racing Competition)
Based on the iconic Nissan GT-R, which offers the world’s highest level of performance as a road going car, the NISMO GT-R RC was specially developed for circuit driving. It features a slick tire-compatible suspension, lightweight components and special safety equipment and devices  including a welded roll cage that meets the FIA standard, a 120-liter safety fuel tank made by ATL and air jacks. It is able to compete in various production races held around the world. This car will be officially released at the Tokyo Auto Salon.