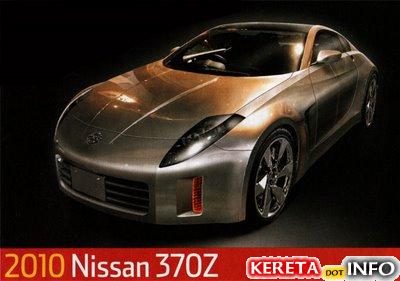 In the fall of 2008, we’ll be seeing the revamped version of the six-year-old Nissan 350Z, according to the Japanese magazine Best Car. The Z has a long and storied history as Datsun/Nissan’s flagship sports car and it appears that the automaker will buck industry trends by making the next-generation vehicle — which by all accounts will be named 370Z — both smaller and lighter.

It is rumored that one of the main modifications to the new Z is a shorter (reportedly by about 4 inches) wheelbase, which would help explain the spy picture of what looked like a scrunched up 350Z that were circulating a couple of months back. A shorter wheelbase car would also point to it being lighter as well.

Reports also indicate that a version of the 3.7-liter V-6 used from the Infiniti G37 will propel the new Z, hence the 370Z moniker. Estimated horsepower figures are ranging from 333 to 350 horsepower. Another notable change is the new look to the front and rear fascia and smooth, continuous bodylines on the car’s flanks.

When the car will first be shown, it’s been reported that it will debut at either the Paris Motor Show in early October or at November’s LA auto show, most likely in a pre-production concept form. We’ll find out later this year. One thing’s for sure, six years on market is a long time and the Z is overdue for a redo.