Taking advantage of the Busan Motor Show, South Korea, GM Daewoo has formally presented their new half saloon called Alpheon and replace the current Tosca Lotze, known in Europe as Epica.
Alpheon design is not new, but is based on the Buick LaCrosse. Such changes are to the American model on the grid, logos, design of some tires and the color palette. Style can be considered classic and elegant, well proportioned but nothing original. In the cabin goes something like this, with all controls in good disposition, outstanding finishes and good equipment 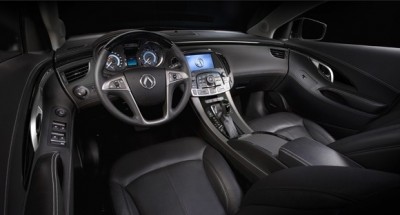 At the time of release, the Alpheon be available with a single engine 3.0i 24-valve V6, associated with a six-speed automatic. The target date for commercialization is not fixed, but have specified which will take place in the second half of the year. The new four-cylinder is accompanied by Powershift dual clutch transmission in oil bath and six reports, which allows the German sedan to accelerate from 0 to 100 km / h in 7.9 seconds (8.2 for the wagon) ran up to a maximum speed of 232 mph (227 wagon) consumes 7.7 liters per hundred kilometers.