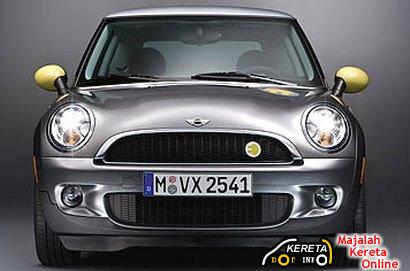 The first official photo from BMW MINI of it all electric powered MINI E. It make its first public appearance in LA Auto Show this November. Expecting the BMW will deliver it first 500 units to selected customers in California and some in Europe next year. This MINI E is built by British in Oxford plant without the engines and transmissions then ship to BMW’s head quarters in Munich where by the electric engine will be fitted here. The engine is powered by lithium ion batteries that needs 8 hours to be fully charged. To improve the power efficiency the BMW also include a new brake system that will convert the kinetic energy to electricity to power the car.

The electric motor delivers an impressive output of 204HP which is good enough to accelerate the “electrifying MINI” from standstill to 100km/h (62mph) in under 9,0 seconds.

On the outside, apart from the absence of an exhaust pipes, the MINI E is distinguished by the bright yellow decals on the rooftop and a playful logo of an electric plug that makes its appearance on the hood, the roof, the fuel-cap which now hosts an electric socket, and on the rear door. The two-tone grey-yellow color scheme is continued in the vehicle’s interior that doesn’t look any different from its conventional siblings. 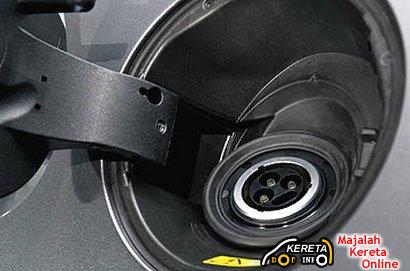 The fuel-cap which now hosts an electric socket 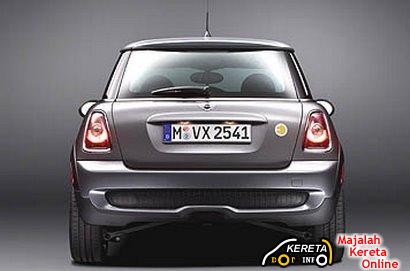 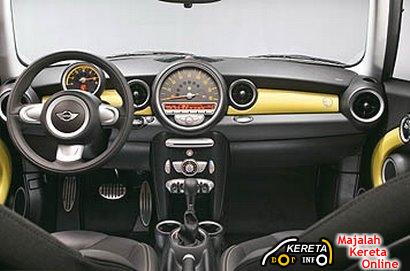 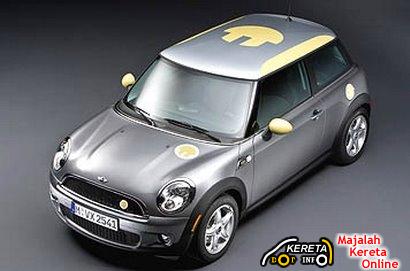