Mazda premieres the completely redesigned Mazda 6 at 2012 Moscow Motor Show. Following on from the Mazda CX-5, the all new Mazda 6 is the second of a new generation of Mazda vehicles which adopt the full range of SKYACTIV technology and the “KODO-Soul of Motion” design language. Mazda has consistently strives to provide stylish, insightful and spirited cars and the new generation vehicles also offer outstanding environmental performance. A decade ago, the VW Touareg celebrated its world premiere at the 2002 Paris Motor Show and since then has been providing off-road competence of the highest level. Volkswagen is now dedicating a new special model to this era of success, the VW Touareg Edition X, which with numerous exclusive features will satisfy the even most demanding of expectations. 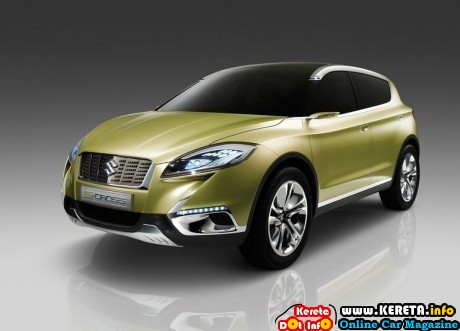 At the 2012 Paris Motor Show, Suzuki has unveiled the S-Cross Concept car, which heralds the company’s next-generation C-segment crossover model. The new crossover will be the first in an ambitious programme of annual European model launches which Suzuki will be starting in 2013.