Dec 10 – Malaysia said on Wednesday it would aim to convince independent power producers to boost the use of palm oil as a fuel, but industry observers remained sceptical because of the government’s overly high subsidies to support the sector.

The world’s second-largest palm producer said it will sell palm biodiesel at domestic pumps in 2010, as well as lure IPPs to burn palm oil as biodiesel — measures aimed at mopping up excess stocks of the vegetable oil.

The announcement comes as palm oil prices have tumbled nearly two-thirds from a peak of 4,486 ringgit on a mix of surging stocks and funds fleeing commodity plays while new estates find it difficult to stay afloat.

“By January 2010, palm biodiesel will be available at all the pumps nationwide, of course within reasonable delivery distance,” Chin told reporters, adding that the government was in talks with independent power producers to burn the tropical oil as a fuel.

Chin declined to say how much palm oil will be channeled as biodiesel to the IPPS, which include YTL Power, Sime Darby, Tanjong Plc and MRCB.

If biofuels are successfully implemented in the transport and industrial sectors, at least half a million tonnes of crude palm oil will be removed from the market in 2009, Chin said.

Palm oil production in Malaysia for next year will stand at 18 million tonnes, the government has forecast, suggesting that less than 3 percent of it will be removed, barely making a dent.

The Southeast Asian nation has already put in place mandates for biodiesel use in government vehicles and will give aid to the industry to replant as part of the package of measures to boost demand for crude palm oil and curtail oversupply. 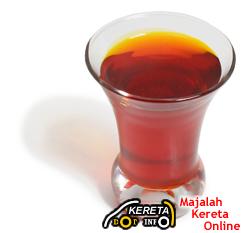 Industry watchers welcomed the measures but said the government’s reliance on a 400 million ringgit fund drawn from taxing palm planters may not be enough to subsidise biodiesel for transport and power generation.

Of the amount, 200 million ringgit was already earmarked for biodiesel and the rest for replanting.

“The government has been talking about these measures for the longest time but with crude oil prices falling at a faster rate than palm oil, the subsidies may be much higher and there will be a reluctance to follow through.”

Now palm biofuel would have to compete with cheap domestic petrol diesel, one of the lowest priced in Asia as the government still pays out subsidies from oil and gas export revenues.

In 2006, Malaysia took the lead in developing Asia’s biodiesel industry and granted licenses to more than 90 firms to set up plants with grandiose visions of introducing palm biodiesel into the domestic fuel market.

But until recently, sky-high prices and a preference to divert palm oil into the more lucrative food industry saw the government dragging its feet.