First previewed in 2007, the all-new tenth-generation Lancer Evolution was introduced by Mitsubishi for the 2008 model year, continuing the nameplate’s tradition of high performance in a small-displacement four-passenger sedan. 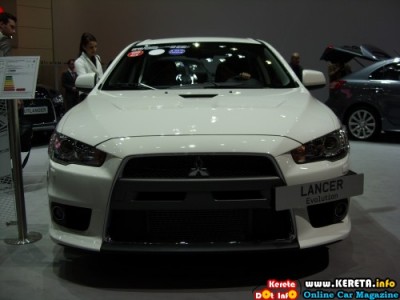 Lancer Evolution X 2010 is a simple sports car, but Mitsubishi still have a secret weapon that opened in England, namely, Lancer Evo X FQ-400. Using the same 2.0 liter turbocharged engine of the Evo X, but the ECU changes, increased turbo and new exhaust system, FQ-400 can pump out 403hp and 387lb-ft torque

The transmission used is the famous double clutch , SST, handle could not afford the large torque produced engine. Mitsubishi replace them with manual clutch. Unlike the preceding (based Evo VIII) of the clutch race, FQ400 is the newest standard so that the clutch is easier drive

With some refinement, the acceleration from 0 – 100km/hour can be achieved in 3.8 seconds. And to maintain the high speed which resulted in the still, FQ-400 is equipped with a body kit, larger cooling inlets, six-pot front brake calipers and brake cooling vents for the rear so that peformance does not go down. Inside, a new full-colour multi-function LCD display in the centre of the instrument cluster replaces the existing screen, bringing new functions at the same time. Mitsubishi has also added some new interior trim options, with more padding and insulation installed to improve cabin ambience. 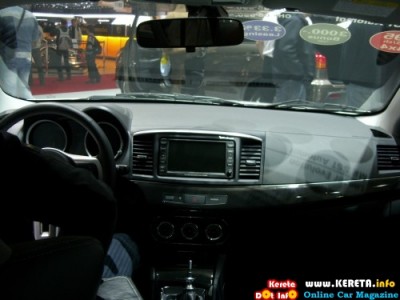