The Orlando MPV has five doors and seats up to seven comfortably with theater-style seating in three rows.It has a distinctive contrast between the hood and the windshield lines and flared fenders for a confident stance that cuts an attractive silhouette.

Built on the same platform as the 2011 Chevrolet Cruze, the Orlando concept has a 108.6-inch wheelbase. That’s about 3-inches longer than the Cruze. The Orlando also has a wider front and rear track than the Cruze to open up more space inside. A 2.0-liter turbocharged diesel engine powered the concept, but expect the production vehicle to switch to a similarly sized gasoline engine for the U.S. market. 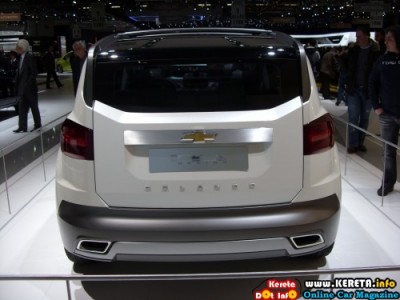 The 2010 Chevrolet Camaro marks the return of this General Motors division’s iconic “pony car.” It bows as a 2-door coupe. A 2-door convertible version is due in early calendar 2011.Two engines are available which are V6 and a V8. The V6 is a 3.6-liter unit that produces 304 horsepower. It’s available on LS and LT. SS versions with a manual transmission get a 426-horsepower 6.2-liter V8. Automatic-equipped SS models also get a 6.2-liter V8, but it makes 400 horsepower and features GM’s Active Fuel Management cylinder deactivation. V6 versions also offer a manual or automatic transmission. Available safety features include ABS, traction control, antiskid system, front-side airbags, and curtain-side airbags. An RS Package for LT and SS models includes bi-xenon headlights, specific trim, and on LT versions, 20-inch wheels. All Camaros are available with 21-inch wheels. Rear-obstacle detection is standard on the 2LT and 2SS and optional on the 1LT. Other available features include a wireless cell-phone link, USB port, satellite radio, and remote engine start. An optional Transformers Special Edition package includes specific trim inspired by the movie of the same name. 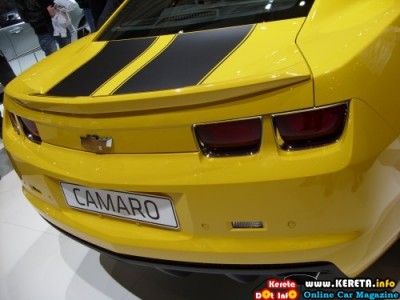