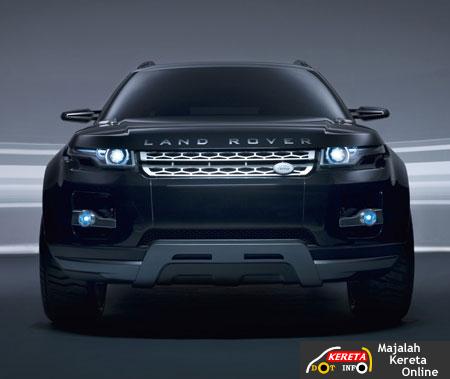 Land Rover unveils a vision of its future at the NAIAS (Detroit Show) in January 2008, with the world debut of the LRX concept – a bold evolution of Land Rover design that indicates the brand’s progressive shift into new areas of the market, while remaining true to its core values. As the company prepares to celebrate its 60th anniversary during 2008, the three-door LRX, with its more compact size, lighter weight and sustainability focussed technologies, clearly addresses the needs of a changing world.

“The Land Rover LRX concept delivers the powerful message that we are as serious about sustainability as we are confident about the continuing relevance and desirability of our vehicles,” says Phil Popham, Land Rover’s managing director. “The LRX is in every respect a Land Rover, but it’s a very different Land Rover.”LRX has unmistakable Land Rover design and the breadth of capability that you’d expect from our vehicles. But it carries those essentials into a segment where the brand has never been before, and with a proposed level of efficiency that would make it one of the cleanest vehicles in its class. It is Land Rover’s way of affirming the brand’s responsible approach to future product development. At this stage, LRX is purely a concept, designed to help us develop our thinking as well as gauge customer reaction – but this feels like a hugely exciting direction to take.”

The proposed engine for the LRX Concept is a 2.0-liter turbodiesel hybrid capable of running on bio-diesel. The fuel consumption is expected at 60 mpg (4.7 liter/100 km) while the CO2 emissions is at 120 g/km.

The Land Rover LRX Concept is equipped with Electric Rear Axle Drive (ERAD) as this will allow LRX to use electric drive alone at lower speeds while retaining full AWD ability in tough conditions. The ERAD would allow low-speed traffic up to 20 mph (32 km/h) on electric power alone, with the Integrated Starter-Generator (ISG) function re-starting the engine automatically when required.

The electric drive would then continue to assist the mechanical drive until the engine is running in its most efficient range, benefiting both fuel consumption and CO2 emissions.

The ISG would also stop the engine automatically when the vehicle halts in traffic, so the engine does not idle needlessly, and restart it quickly and smoothly as required.

The Land Rover LRX Concept is described as a cross-coupé, and dramatically extends the scope of what Land Rover stands for. Though smaller than Freelander 2 / LR2, the LRX is conceived as a premium car, designed to appeal to new customers in the luxury and executive sector – those who want many of the benefits of a 4×4 and the visual presence of a larger vehicle, but in a more compact package.

The first all-new Land Rover revealed since Gerry McGovern became the company’s design director, LRX is a natural extension of the Land Rover range, complementing the existing models with a car that will help to define a new segment. Its many recognisable Land Rover design cues include bold new interpretations of the signature clamshell bonnet, the floating roof and the solid ‘wheel-at-each-corner’ stance.

“Land Rover LRX is a design born out of passion for the brand, but it is different, relevant, engaging and exciting – because Land Rover has never built ordinary cars,” says Gerry McGovern. “LRX has a highly desirable identity and the design alludes strongly to its capability, while clearly underlining our forward-looking philosophy – it’s a Land Rover that would be comfortable on Bond Street or Fifth Avenue, but wouldn’t flinch at getting its wheels dirty.”

Its compact size is one of its greatest assets, which will appeal to anyone who wants the versatile ability of an agile 4×4 with the cachet of the Land Rover name. In addition, its lower weight and the reduced aerodynamic drag resulting from the smaller frontal area give significant gains in fuel efficiency and reduced CO2 emissions.]

The LRX concept also adopts intelligent power management systems and other technologies first shown by Land Rover in the Land_e concept in 2006. 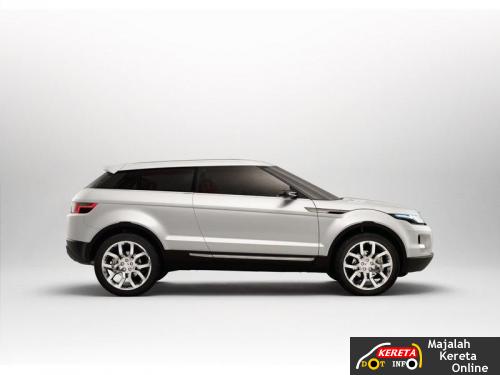 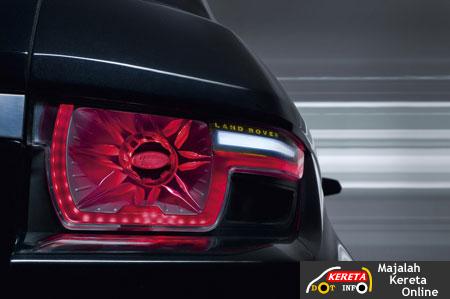 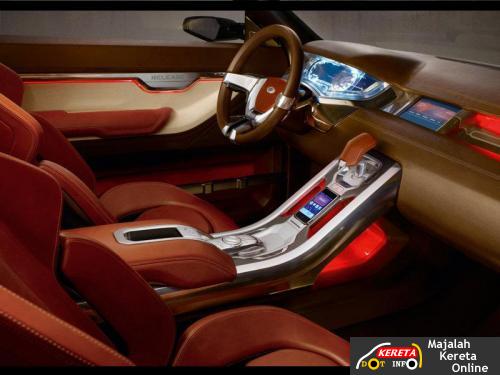 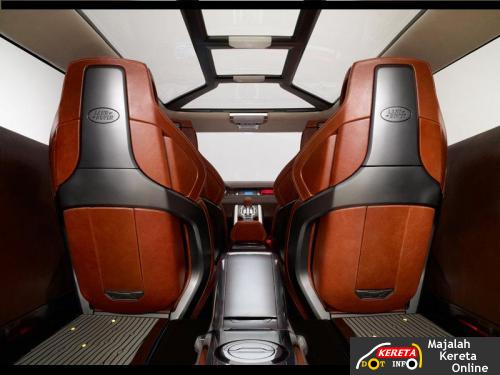 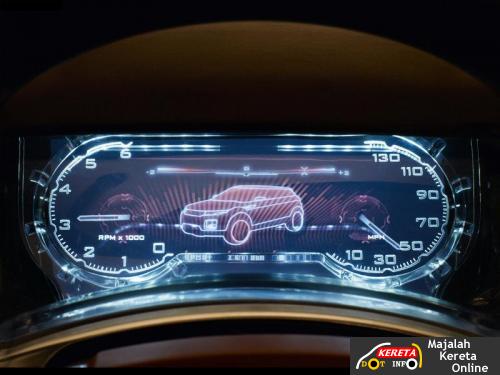 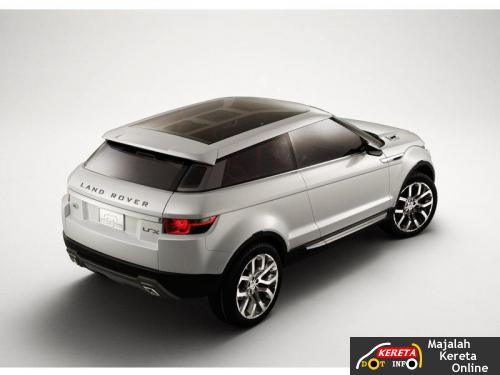 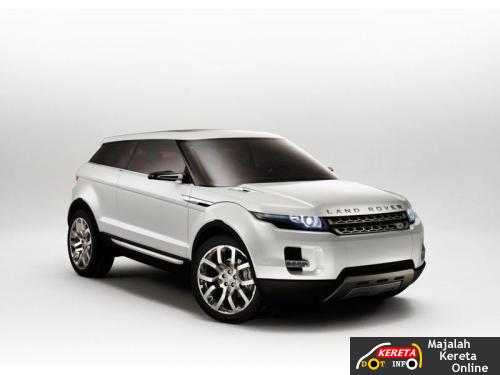 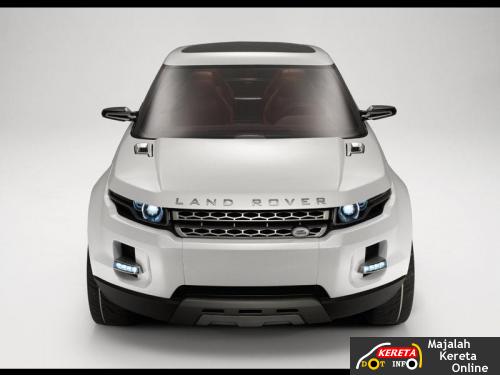 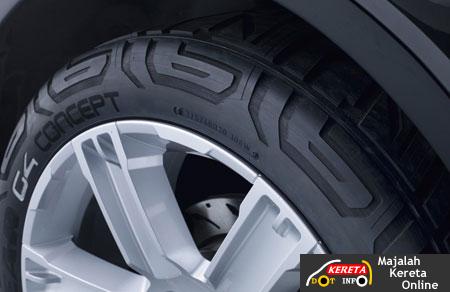 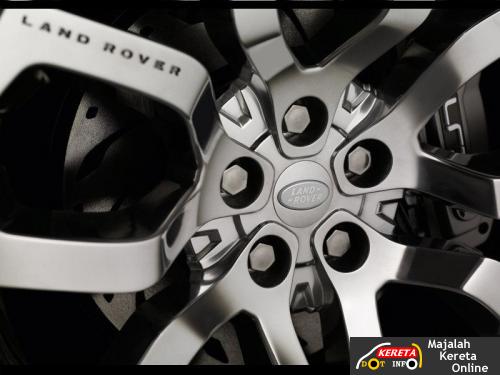 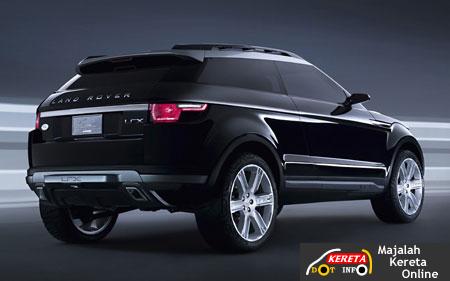