Four months after its launch at the Geneva Motor Show, Lamborghini’s new Gallardo LP560-4 has made its local debut. The car was launched on Monday by local distributor Lamborgini Kuala Lumpur.

A number of external revisions have come into play on this one – at the front, the most obvious are the enlarged and clearly accentuated cooling intakes. Over at the rear, you get new rear lights, air cooling vents, bumper and diffuser.

The last is more efficient with respect to its predecessor and, together with the smooth underbody, contributes to a 31% aerodynamic efficiency increase with regards to output over than its predecessor.

Other notable changes include new headlights, which feature ‘daytime’ running lights (15 diode LEDs arranged in a Y-shaped structure) sitting in the headlamp assembly. 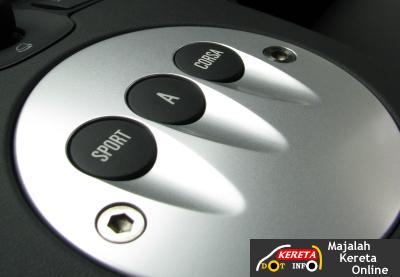 The structure is also to be found on the rear lamps. The stop and brake lights have been inspired by the Miura Concept, the Murciélago LP640 and the Reventón, and display the Y form three times over.

Among the revisions include new rubber-metal bearings and an additional track rod on the rear axle, while the aluminium double wishbones feature newly-designed kinematics.

The e.gear tranny has also been redesigned and lightened; this one offers five different driving and shift programs – Normal, Automatic, Sport, Corsa and a Thrust Mode for those times when you need to make quick getaways. It’s faster as well – change times have been reduced by 40% in Corsa mode.

As for braking, you get eight-pot Brembo callipers working 365mm discs at the front, while four-pot units do the stopping act with 356mm discs. If you so choose, you can opt for the Carbon Ceramic Brakes system, which offer improved performance and are lighter at that.

And how much do you have to fork out to get this zany lady sitting in your porch .. sorry, garage? For a mere RM2mil. Three customers have pre-ordered the car; lucky devils they are.