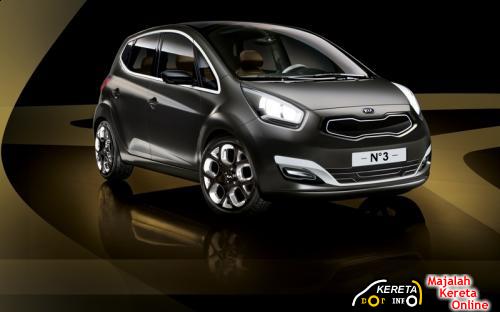 At next week’s Geneva Motor Show Kia will show off a new crossover concept — dubbed the No 3 — and two variants of the c’eed. The No 3 is basically a tall five-door hatch that appears to be based onthe c’eed platform. The 13.27 ft long five-door features a glass roof and an odd diagonal windshield header which stretches from the A-pillar on the passenger side to the B-pillar on the driver side.

The two new c’eed variants are both aimed at reduced fuel consumption. The c’eed ISG is a new regular production model that adds auto-stop-start to the both 1.4- and 1.6-liter versions of the sub-compact sedan, with a claimed boost in urban fuel mileage of around 15%. Kia is also showing a kia hybrid version of the c’eed that uses the system developed by Hyundai-Kia with a 1.6-liter four-cylinder. The car is part of a test fleet that will be run in Europe this year and averages 49 mpg (US) and emits just 109 g/km of CO2. Expect live shots from the show a week from today. 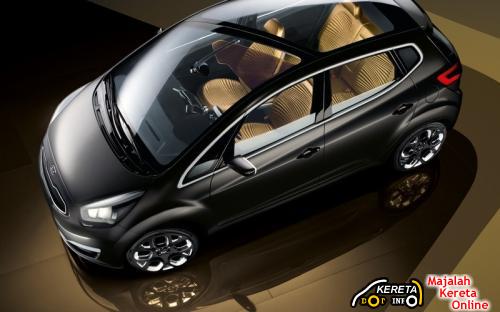 Carving a new niche in the small-car market the No 3 delivers flexibility and fun creating a beautiful car that is also great to drive – and even better will be great to be seen in!

The concept features a unique extended windscreen and panoramic glass roof with a diagonal supporting bar and an automatic sun visor.

Designed by Kia’s European design team, led by Peter Schreyer, the No 3 also features the new ‘face of Kia’ with the front grille, head lamps and brand logo in a new constellation arrangement.

The 4045 mm long concept is finished in matt Titanium Grey with contrasting gloss-white accents and will be unveiled at 12.15pm on Tuesday 3 March at the Kia stand in hall 4/5.
Even though we see a bit of the new Fiesta in the mini-MPV’s front-end design, overall, we must say that the No 3 looks the part.
The production version of the No 3 will be based on the underpinnings of the Kia Soul and Hyundai i20, meaning that powertrain options will most likely include 1.6-liter petrol and diesel engines, both producing an output of 126HP, while some markets will also get a 115HP 1.6-liter diesel and a 142HP 2.0-liter gasoline engine. 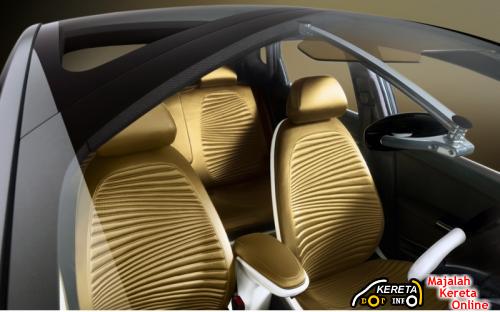